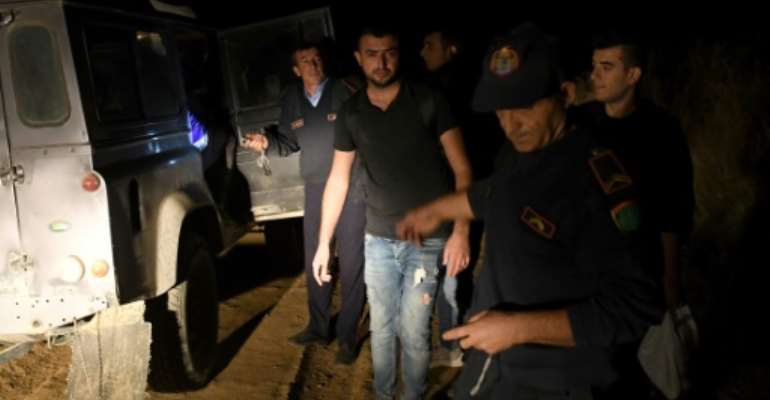 In the last three months, 2,310 migrants were intercepted in Albania --Â Â more than double the 882 migrants caught in all ofÂ last year. By GENT SHKULLAKU (AFP)

After slipping across the Greek border into the arid mountains of southeastern Albania in the dead of night, Hidaja Salah and his fellow travellers are blinded by the headlights of a police car.

The migrants were hoping to continue west towards the EU but their journey has been halted in this Balkan state -- for now.

"We will try again," Salah, a young and bespectacled man from Afghanistan in his 20s, tells AFP as the Albanian police vehicles pull up.

He and the others -- eight Egyptian men -- are part of a growing number of migrants travelling across a southern Balkan route from Greece into Albania and Montenegro in a bid to reach the European Union. 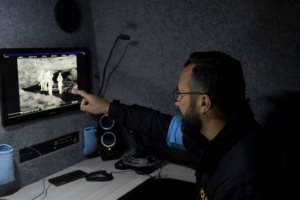 A Czech member of Frontex monitors the Albania-Greece border from inside a thermo-vision van that can detect bodies. By GENT SHKULLAKU (AFP)

Since May their journeys have become more difficult, with the EU dispatching its border agency, Frontex, to Albania to help patrol its porous 350 kilometre (215 mile) border with Greece.

The poor and mountainous country has became a key transit stop for migrants ever since a northern route through the Balkans was shut down in early 2016.

Since then, "the trend is visibly upward," said Aida Hajnaj, the deputy director general of Albanian police.

"The Balkan routes are active again," she said.

The new path winds through Albania and Montenegro, and sometimes Bosnia, in a bid to reach the EU through Croatia.

In the past three months, 2,310 migrants were intercepted in Albania -- more than double the 882 migrants caught in all of last year, according to official data.

'A life with dignity'

Salah linked up with his fellow travellers in Turkey and Greece, where they stayed in the overcrowded Moria camp on the island of Lesbos.

It was "worse than the hell we lived in our countries," said an 18-year-old Egyptian who gave his name only as Ahmed. 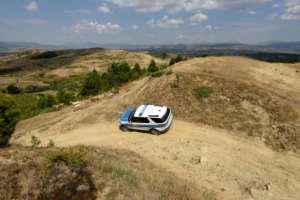 Poor and mountainous Albania has became a key transit stop for migrants ever since a northern route through the Balkans was shut down in early 2016. By GENT SHKULLAKU (AFP)

After trying to earn some cash on the island of Crete with farm jobs, they began their journey on foot.

But it was halted after 15 kilometres on a grassy Albanian hillside near Poncare, where police took to them to the local police station.

There, they will probably launch an asylum bid -- not to stay in Albania permanently but to buy some time before continuing onwards.

Salah says they do not have a specific European city in mind yet, just hopes to find "a better life, more safety -- and a life with dignity."

Frontex's joint operation with Albania is the first ever outside EU territory.

"The terrain here is really difficult and you need a lot of resources" to cover it, said Dominik Matiske, a German Frontex officer helping with border patrols.

He and other officers from EU countries peer through binoculars as they pad across hills overlooking the Kapshtica area, the main crossing region for migrants coming from Greece.

Inside a thermo-vision van nearby, their Czech colleague Pavel Dolezal monitors a screen that can detect bodies.

"If we spot migrants, we send the information to our Albanian colleagues who call the patrol," he told AFP.

According to Hajnaj, their help "has improved the management of illegal migration and strengthened border security."

But there is still plenty to keep them busy.

Hyqmet Hoxha, a 55-year-old living in the village of Tresnik near the Greek border, says he has seen a "significant" increase in migrants just in the past few weeks.

The bustle begins as the sun goes down and migrants stop for the night. 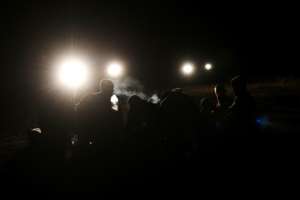 One morning police picked up around 20 women and children who had gathered around a fire for warmth. By GENT SHKULLAKU (AFP)

That morning police picked up around 20 women and children who had gathered around a fire for warmth.

"Sometimes there are about 50 of them at night, sometimes none," Hoxha added.

After picking up Salah and the others, police also intercepted another group while they were driving to the police station.

Esma, a 16-year-old girl from Iraq who declined to give her surname, told AFP that her family would not be deterred by this temporary delay.

"After Albania, we will go to Montenegro, then to Bosnia before joining Germany," she said.