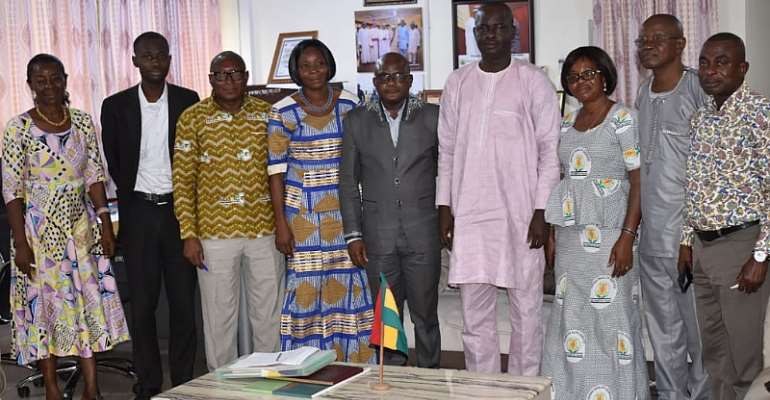 It is the seventh branch to be inaugurated in the country to ensure professional corporate governance within organisations through recognising and unlocking member potential by providing world class learning opportunities.

“As an institute we want to champion the director professional development and what we are saying is that our commitment is towards recognising and unlocking member potential through the provision of world class learning opportunities”, the Upper West Regional Chairman of the Institute, Mr Nasirudeen Fadlulla, said in his remarks.

This, he said, would be done through knowledge sharing, networking, mentorship and promotion of world class standards in corporate governance.

Mr Fadlulla noted that in time past, issues of corporate governance came to the fore only when there were failures in corporate bodies, but that with the establishment of the institute, it had transcended beyond that.

He indicated that the institute would develop a roadmap to train Assembly Members since governance at the assembly level was similar to corporate governance.

On his part, the Upper West Regional Minister, Dr Hafiz Bin Salih commended the leadership of the Institute of Directors for recognising the role of the Regional Coordinating Council (RCC) in supporting to sustain and propagate the ideals of the institution.

He said there were institutions in the region that needed the enhancement of their corporate governance to enhance their growth.

“There are so many things that we can do together to enhance the status of corporate governance in our region so I am happy we now have this institution in the region”, Dr Bin Salih intimated.

The Regional Minister observed that he would support any initiative that was geared towards projecting the good image of the region, and affirmed his commitment to supporting the ideals of the institute.