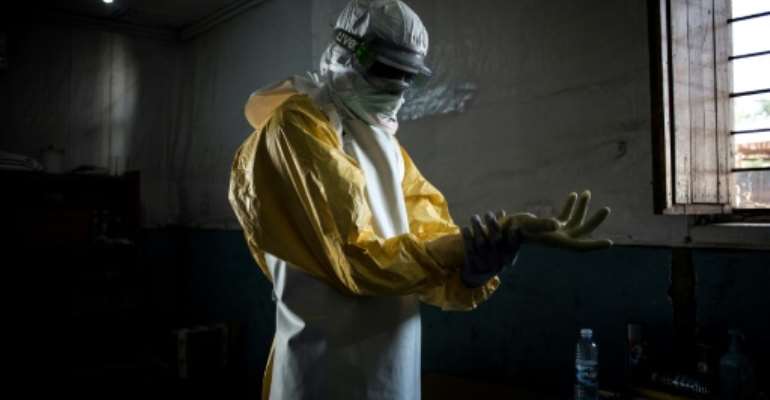 The Ebola outbreak in DR Congo has claimed more than 2,000 lives -- but controversy has arisen over the use of funding to tackle the disease. By John WESSELS (AFP/File)

Detained former DR Congo health minister Oly Ilunga has been accused of embezzling $4.3 million of public funds raised to tackle the Ebola epidemic, his defence counsel said Sunday while insisting on his innocence.

"Police accuse him of having siphoned off a total of $4.3 million made available by the treasury to fight Ebola," lawyers Guy Kabeya and Willy Ngashi said in a statement.

Ilunga, who resigned as health minister in July after being removed as head of the country's Ebola response team, was arrested Saturday in Kinshasa.

Police have alleged he was planning to flee the country and escape justice, something his lawyers denied.

Kabeya and Ngashi said that "more than $1.9 million of the sum was paid out in a month following Dr Ilunga's resignation -- as such he can in no way be held accountable".

"As for the remaining $2.4 million... the accounts show that this sum was disbursed exclusively for the purpose of fighting the Ebola virus," they added in their statement.

Ilunga is due to be referred to a state prosecutor Monday, according to police.

Police spokesman Colonel Pierrot-Rombaut Mwanamputu told AFP on Saturday that he is accused of "misdemeanours of the mismanagement of funds allocated to the Ebola response."

He was questioned in August as part of an inquiry into the management of funds to fight the outbreak, which has claimed more than 2,000 lives since August 2018. 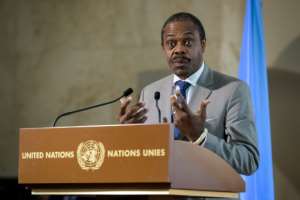 Arrested Saturday and charged with embezzling $4.3 million, Oly Ilunga resigned as health minister in July after being removed as head of the country's Ebola response team. By FABRICE COFFRINI (AFP/File)

The 59-year-old, who had already been banned from leaving the country, stepped down from his role after criticising plans by the UN's World Health Organization (WHO) to introduce a new, unlicensed vaccine to fight the epidemic.

President Felix Tshisekedi had also stripped him of overall responsibility for tackling the outbreak and handed control to Jean-Jacques Muyembe, director of the DRC's National Institute for Biomedical Research.

The outbreak is the second-worst in history after more than 11,000 people were killed in Guinea, Sierra Leone and Liberia between 2014 and 2016.