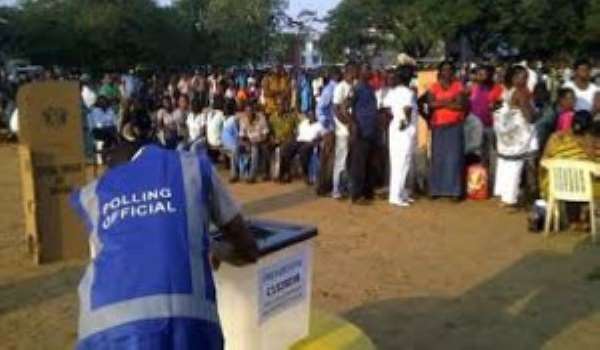 The laws of Ghana allows for decentralization of government. Powers and functions of the Central government are lawfully redistributed or delegated to other government units with the aim of allowing for grassroot participation in the governing process of the nation, precisely their community.

Other members are also elected to form the Unit Committee which serves as an advisory and supporting team for the Assembly Member. With the Assembly Member and Unit Committee members, the electoral area is considered to be fully represented to govern or administer some functions on behalf of the District Assembly (decentralized local government) and to a larger extent the central government. Lawfully, they have the powers to discharge duties on behalf of government in the electoral area. From the above, it is conclusive that the business of an Assembly Member or Unit Committee Member is not and should never be seen as a child play.

Sadly, Ghanaians have noted the position of an assembly member to be one which is but for the "uneducated" in the community. We have attached to it a comic sense of play. People who have had formal education, especially university graduates have relegated the subject matter of representing their people at the local government area to the background. Simply put, university graduates, for whatever reason, feel shy to contest elections as assembly members, regarding it as a self-demeaning exercise.

The paradigm is however gradually shifting. In recent years, graduates are mounting the stage to lead their electoral areas as assembly members. This is a great step in a great direction as far as leadership at the grassroots is concerned. This is one amongst the major ways to encourage a better understanding of governance, powers, and functions of the community members in self-development and improvement in the lives of the people.

That's to say, we can't keep putting the future of our electoral areas in the hands of people who have virtually no understanding of representation, governance and administration. The argument is not to say that good or quality leadership stems from just formal education. However, formal education, undoubtedly plays a key role in quality leadership, 'ceteris paribus'.

Up until we acknowledge that our district assembly areas are the strong pillars for national development, our dream to build Ghana shall be but in vain. The call is then made on graduate students with the passion to serve and not just occupy offices to take up the responsibility of developing a vision for their electoral areas, and taking up the mantle of leadership thereof.

The shift in the old paradigm to a modern day formal administration and governance of our electoral areas, with clear minimum academic qualifications for contesting the electoral area elections or district assembly election is necessary and apt for consideration. The time is now.