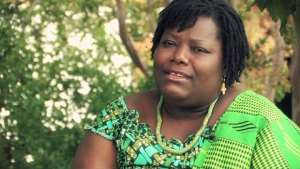 She was probably the only one who was “shocked” by her “preordained” defeat in the recent parliamentary primary of the main opposition National Democratic Congress (NDC), held in the Adentan Constituency of the Greater-Accra Region (See “Oye Lithur ‘Weeps’ Over Painful Defeat to Samira Bawumia’s Brother” MyNewsGh.com / Ghanaweb.com 8/25/19). Indeed, were she that smart of a politician, the conjugally estranged Mrs. Lithur would have waited for the proverbial dust to settle on her husband’s very public accusation that not only was the renowned human rights activist an unfaithful and a heartless conjugal cheat, but that Nana Oye Lithur was also a nation-wrecking mega-thief who had stolen at least a half-million dollars of the Ghanaian taxpayer’s money and bought herself a mansion in a plush suburban township in South Africa.

Now, this is a prime evidentiary lead that needs to be investigated by Attorney-General Gloria Akuffo, and also possibly by the Special Prosecutor, Mr. Martin ABK Amidu, as well. You see, you don’t want all these unconscionable kleptocrats running all over the length and breadth of the country looking for unsuspecting voters to scam and feed fat upon on the veritable hog that is Ghana’s pathologically partisan political culture. Heading into the August 24 NDC’s parliamentary primaries, I had absolutely no doubt in my mind that Mrs. Lithur was going to perform very strongly and even decently. But I also had the strong feeling that however strongly she performed in the polls, it would be inescapably suicidal for any party that was serious about winning the Adentan parliamentary seat come Election 2020 to put forth an irreparably damaged candidate like the former Minister for Gender, Children and Social Protection.

But that Mrs. Lithur was so savagely mauled by Mr. Adamu Ramadan, the brother of Ghana’s Second-Lady, Mrs. Samira Bawumia, must come as cold-comfort for whoever may be facing off with Mr. Ramadan from the ticket of the New Patriotic Party (NPP), although I have absolutely no doubt in my mind that with a strong and constructive communication system, the New Patriotic Party is almost certain to retain its Adentan parliamentary seat. Nana Oye Lithur also did not help matters and herself, when she decided to launch her ill-fated campaign on the dubious and facile note of “forgiveness,” which was not really about forgiveness or atonement at all, but purely about insulting the intelligence of her prospective constituents whose sense and capacity for forgiveness she clearly seemed to have taken for granted or as a given.

As I remarked in another column, yet to be published, the sort of forgiveness that Candidate Oye Lithur sought, heading into the August 24 parliamentary primary, ought to have been accompanied by some sort of fiscal giveback or restitution for her alleged stealing of the Ghanaian taxpayer’s money, according to leaked divorce documents alleged to have come from the legal camp of her own husband, Mr. Anthony Lithur, and the appropriation of the same for the purchase of a mansion in an upscale suburban neighborhood in South Africa. Unfortunately, we saw none of the above in the leadup to the NDC’s parliamentary primary. I mean, for instance, Mrs. Lithur could have sincerely reached out to some charitable organizations in her constituency or residential community in the form of donating to some good social intervention causes.

She may very well stand a chance of winning the Adentan seat somewhere down the pike. For now, though, if she is really serious about getting back into the game, as it were, Mrs. Lithur may need to do some real image repair works well beyond blandly demanding forgiveness from those whom she thinks she might have wronged during the course of the performance of her official duties as Gender, Children and Social Protection Minister. She also needs to sit down or concretely think of some of the specific ways in which she might have wronged some of the people whom she thinks and believes she may very well have wronged during the course of her official duties, including former associates and colleagues. And then, she could have composed a narrative or two with some of these concrete examples of inadvertent wrongdoing, if she really wanted to endear herself to potential and prospective voters.

In other words, she needs to put a human face on her foibles and vulnerabilities. Such contrite and concrete examples are what sell on the campaign trail, not a facile and a patently false pretense to the same.