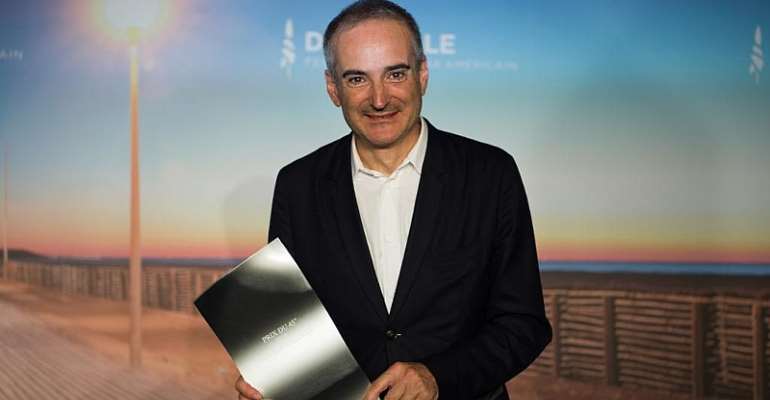 Film maker Olivier Assayas on Saturday was awarded the 45th Deauville Festival Award for his film, Wasp Network which was the festival's closing film.

The French director's 13th feature film is based on a true story of five Cuban spies who infiltrated the exiled Cubans anti-Castro groups in the 1990s in Miami, Florida, and were caught by the FBI.

Starring Edgar Ramirez and Penelope Cruz, Olivier Assayas' thriller Wasp Network (Cuban Network in French) shuttles back and forth across the 24th parallel between Miami and Havana and spans about half a decade in the mid-1990s after the collapse of the Soviet Union.

Wasp Network is based on historical fact.
Listen to the full interview here.

Assayas follows this small family and their experience to tell a story of Central America and of the US, of both then and now.

Venerable stars rise to the occasion
Edgar Ramirez as a Cuban airforce pilot René Gonzalez is as stoic as any credible spy and occasionally over-cool like a nervous human being, and Penelope Cruz as Olga Salanueva, his wife, as ever, is in tune with her character's emotions. She carries off the conflict of loving and trusting a traitor who abandons her and their small daughter, and takes up the challenge of her single-mother role.

Gael Garcia Bernal has a smaller but important role as the professor coordinating the spy ring, and Assayas has enlisted some Cuban-origin actors, like Ana de Armas and Harlys Becerra.

The chosen few lie to those they love most to protect their cover.

Film festival networking
After the world première at La Mostra in Venice at the start of September where reviews were mixed, and then Toronto's Tiff, Wasp Network had a sort of homecoming in Deauville at the 45th American Film Festival. Assayas' film travels on to San Sebastian in Spain, Zurich in Switzerland, New York in the US in October. This post-cold war spy movie for the 2000s will release in France in January 2020.