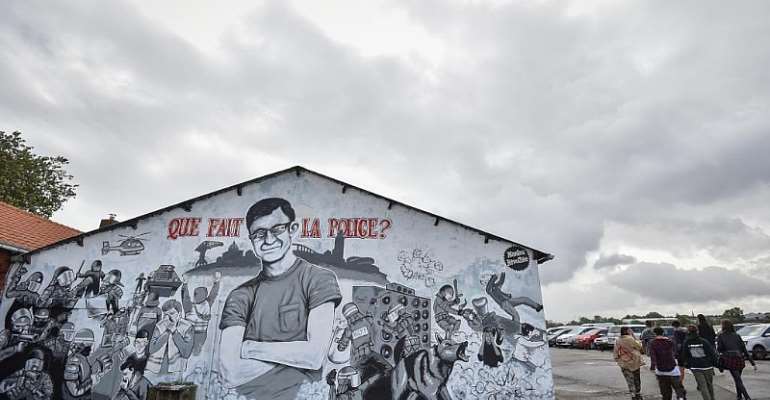 An enquiry into the tragic events that lead to the death of young techno fan Steve Maia Caniço in June has found a "lack of judgement" on the part of the police. The interior ministry said the police chief responsible for regional operations on the night of 21 June has been demoted.

A "lack of judgement". That is the finding of report by the Inspector General ordered by France's interior minister Christophe Castaner on 26 July.

The report describes how a police intervention was conducted on the evening of a music festival in Nantes, during which 24-year-old Steve Maia Caniço drowned.

The blame is attributed to divisional police commissioner Grégoire Chassaing, who the report says ordered the intervention.

The Castaner announced on Friday that the Chassaing would be demoted to a position with no law enforcement responsibilities.

The report stopped short of apporting blame for who was responsible for Caniço's death so as not to compromise a judicial investigation that is underway.

Swept away
Caniço went missing on the night of 21 June after officers moved in to disperse techno music fans at a free concert in the city of Nantes.

More than a dozen concertgoers fell into the nearby Loire River during the ensuing clashes, prompting accusations of excessive force by police trying to shut the party down.

Footage posted on social media showed scenes of chaos as officers carrying batons and firing tear gas moved in on the revellers by the river.

Local authorities said 14 people were pulled from the water after the clashes.

Caniço's friends, who said he did not know how to swim, feared he had been swept away in the confusion.

His disappearance led to fierce criticism over the tactics used by police, already under fire for heavy-handed interventions during weekly Yellow Vest anti-government protests that erupted in November.