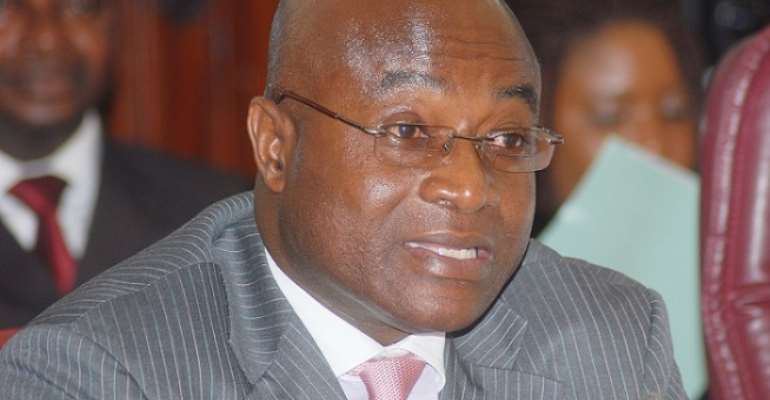 The Majority Leader of Parliament, Osei Kyei Mensah Bonsu, has slammed the Minority caucus of the House for its attempts to recall the House from recess to discuss the controversial PDS deal.

The concession agreement was suspended on account of fundamental and material breaches in the demand guarantee sparking controversy.

The Minority caucus has thus been gathering signatures to get the House recalled for the Finance Minister to answer what they term critical questions on the suspension.

But the Majority Leader who also doubles as Minister for Parliamentary Affairs, says the Minority is abusing the processes.

“On account of any major issue that suddenly arises, 15% of members could cause Parliament to be recalled. Is this case one that has suddenly arisen? It was with us before we went on recess, and I don't know if the Minority petitioned the Speaker to invite the Finance Minister and he didn't respond but I think that recess should not be abused with respect to my colleagues. I think Parliament should be taken much more seriously than my colleagues are trying to do otherwise we would turn ourselves into a laughing stock. We have agreed to return from recess in October and they are proposing to recall Parliament at a cost knowing that this is not a matter that is so urgent that if you don't deal with it Parliament could be imperiled, and so I don't see the necessity for this,” he said.

As the PDS scandal lingers on without a sign of government's official report, the Minority in Parliament is gathering signatures to get Parliament recalled over the suspension of the deal.

Speaking on Eyewitness News, Ranking Member on the Constitutional, Legal and Parliamentary Affairs Committee and Tamale Central MP, Inusah Fuseini, said that the PDS deal raises important national issues, thus the need to recall Parliament to deliberate on the issue as well as other cases surrounding it.

“What we are doing is collecting signatures which the constitution allows. Whilst we will be on recess for some time we believe it is important to recall the House over PDS saga since the revelations coming out require national attention. We are therefore collecting signatures to get the required number of Members of Parliament to sign up and get the speaker to recall Parliament,” he said.

“We think that it is important for Parliament to take centre stage in this case and in other related cases surrounding the PDS agreement,” he told Umaru Sanda Amadu on Eyewitness News on Friday.

In July 2018, Parliament voted to pass the Electricity Corporation of Ghana's (ECG) Concession agreement and following a competitive bidding process supervised by government and MiDA, PDS was selected as the concessionaire to deal with the managerial challenges in the electrical power distribution sector.

But, the suspension of the deal for fundamental breaches in the demand guarantee has sparked controversy in recent months.

“It is the legislature that gave the executive the power to enter that agreement on certain conditions and if those grounds have been violated then we need to understand why it was done,” he said.

Inusah Fuseini said they were confident that they will get the required number of 60 to 70 signatures to recall Parliament.