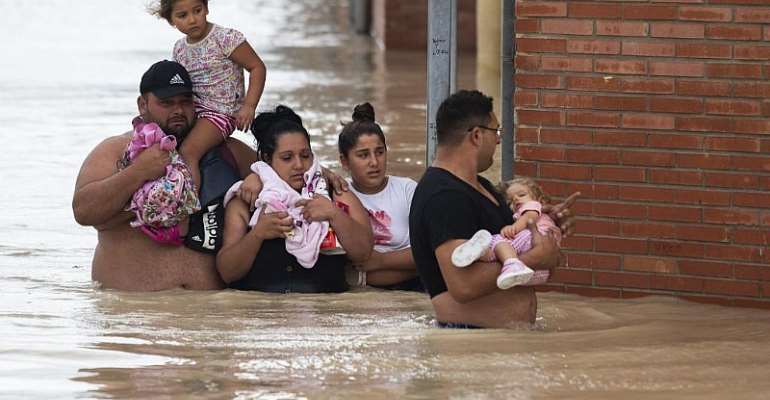 Three more people have died as torrential rain and flash floods batter south-eastern Spain, bringing the death toll to five. Rising waters have caused havoc for travelers and forced 3,500 people from their homes.

The latest fatality was a man whose body was found in the area of Redovan, some 50 kilometres southwest of the city of Alicante.

Earlier on Friday, a 36-year-old man died in the Andalusia region after his car was swept away in the rushing waters, the local emergency services said. The car was subsequently found empty.

Also on Friday, a middle-aged man died in the coastal city of Almeria after his car got stuck in a tunnel that flooded within minutes.

Two other people, a 61-year-old man and his sister, 51, died on Thursday when their vehicle was swept away as fast-moving waters swamped a road in Caudete, a municipality around 100 kilometres southwest of the port city of Valencia.

Parts of south-eastern Spain have since Wednesday suffered some of the heaviest rainfall on record. The flooding has caused chaos on the roads, cutting public transport and prompting rivers to burst their banks, flooding homes. More than 3,500 have been evacuated according to the interior ministry.

Thousands of police, fire-fighters and soldiers have been deployed in a rescue operation.