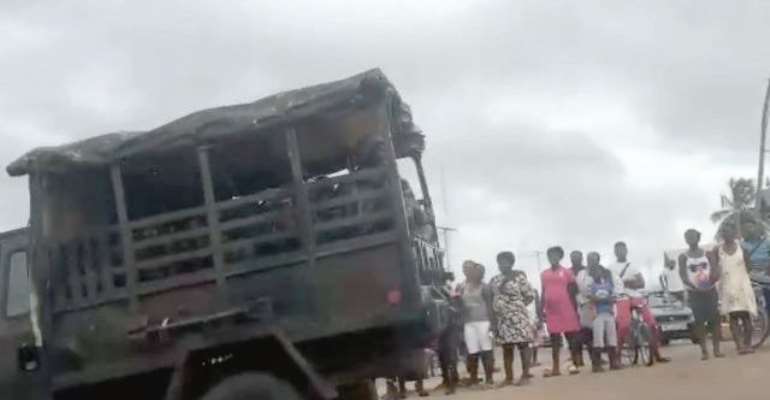 Two separate operations by the security agencies have led to the arrest of 354 suspected criminals in Buduburam in the Central Region and Sekondi/Takoradi in the Western Region.

Some 141 suspects, including 15 women, were rounded up following the special exercise carried out by a joint police and military squad in Buduburam, near Kasoa.

The operations were carried out simultaneously last Thursday.

As of press time last Friday, the suspects picked up from the Buduburam operation were being held at the Police National Headquarters in Accra.

A statement by the public affairs directorate of the Ghana Police Service said those suspects would be screened after which those found culpable would be taken through the legal process.

The team that undertook the operation at Buduburam comprised about 400 military personnel and 200 police officers, the Daily Graphic learnt from some eyewitnesses.

The eyewitnesses said they were happy about the swoop on criminals, whom they described as nuisance and terror in the area.

Security
It said the operation was part of efforts to ensure total security in the country.

The exercise, according to the statement, would be replicated in various parts of the country to rid the system of criminals.

It entreated the public to provide vital information to assist the police in the fight against crime.

Public support
It said the Ghana Police Service and its security counterparts had intensified the war against crime by taking the fight to the doorsteps of criminals.

It said the preventive measures being employed included demarcating of areas suspected to be criminal dens and searching them, carrying out swoops, conducting intelligence-led operations among others.

Criminals
In the Sekondi/Takoradi operation, the security agencies deployed a Ghana Navy ship, two naval defender class boats, a Marine Police boat and an Air Force helicopter for the exercise.

The operations took the personnel to the burrows of criminals based on intelligence at dawn, leading the police to areas in Sekondi European Town and the Bosumtwe Sam Fishing Harbour.

At the end of hours of the operations, the personnel retrieved quantities of dried leaves suspect to be Indian hemp, toffees laced with narcotic substances, and quantities of tramadol tablets and condoms.