'The Lighthouse': a beacon of hope for independent US film 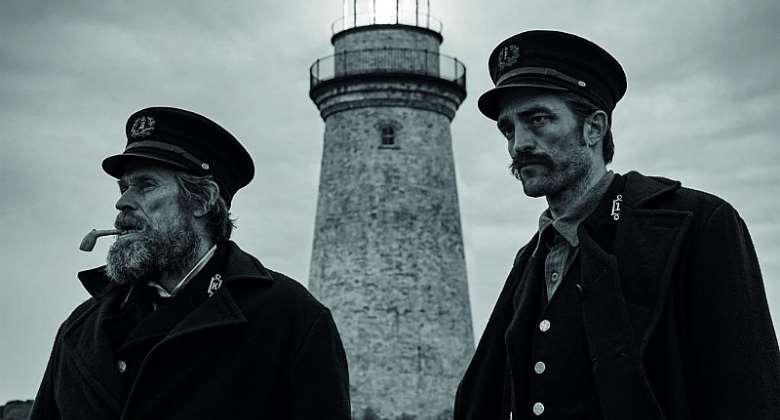 The Lighthouse is bleak film about two men abandoned on an outcrop of rock in the sea off the north-east coast of the United States. However, US independent director Robert Eggers uplifts with a spinning of yarns and beauty to be reckoned with.

Thomas Wake and Ephraim Winslow are strangers to each other. They are left to look after an offshore lighthouse. Wake is an old-timer, knows the seas, the winds, the gulls and the spirits of the waves. Winslow is a stranger to himself and is determined to uncover the mystery that compels Wake to spend every night with the beams.

Out of loneliness, and all sorts of need, they drive each other crazier than if they had simply been abandoned on their own. Dramatic from start to finish, Eggers shares his powerful imagination and his dedication to research.

The film is set in the late 19th Century in New England and made in black and white. Director Eggers and his crew have paid attention to every tiny detail, to produce a real work of cinematic art.

'The Lighthouse' is one of the 14 films in the Deauville American Film Festival competition line-up. The award ceremony takes place on Saturday 15 September 2019 and the jury in the festival's 45th year is French actress Catherine Deneuve.

Eggers' film won the Fipresci, international cinema critics award in Cannes in May this year, where it screened in The Directors' Fortnight, "parallel" festival.

Bagbin fly to Dubai for medical review after budget rejectio...
52 minutes ago