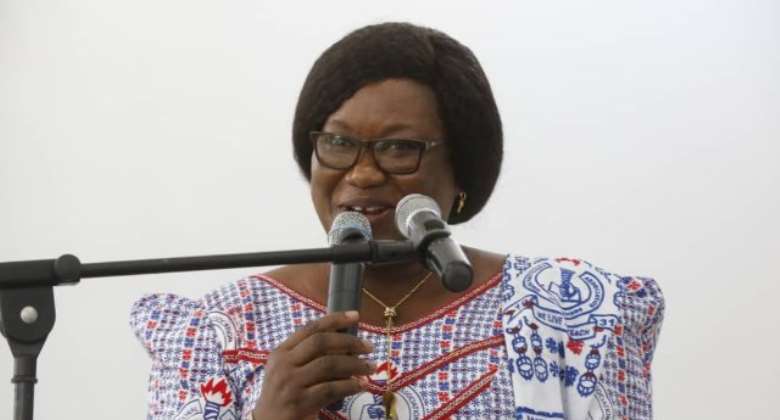 The Greater Accra chapter of the Ghana National Association of Teachers (GNAT) has called for the resignation of its national president, Philipa Larsen and General Secretary, David Ofori Acheampong.

The vice president of the Greater Accra region of GNAT Sebastian Adamu who is also national vice president accused the two leaders of ‘divide and rule’ tactics which he said played out in a recent decision to declare a strike.

Philipa Larsen and Mr Ofori Acheampong said it had not embarked on a strike days even after six regional associations had declared industrial action on Tuesday.

The Regional Chairman raised issues such as GES/SIC Group Life Insurance policy deductions, non-payment of salary arrears, delay in salary adjustment, interview and issuance of promotional letters and the implementation of new software to administer payroll within the Ghana Education Service (GES).

NAGRAT along with the six unions have described the system as a source of frustration for teachers. But the GNAT Greater Accra president said to their dismay, their national leaders betrayed the struggle.

The president and the General Secretary claimed in different interviews they did not know the regional leaders who signed the statement declaring a strike.

The GNAT president told the media the concerns raised in the press release by the purported leaders were issues the Association were already in talks with the GES and the Ministry of Education to find lasting solutions.

The GNAT General Secretary David Acheampong also said the regional chairmen did not use the due process within the mother union to trigger the strike.

He said the issues underlying the strike should have been brought to the national executives for a decision.

“We are even at a loss as to if these people genuinely the regional chairmen that they claim to be,” he told reporters.

But the Greater Accra vice-president Sebastian Adamu explained, the national executives were not fully informed of the agitations because for some time now they have been working against the interest of teachers.

“If they are saying they don’t back the strike that one it is their opinion. But they said they don’t know the identity of those chairmen” he said at a press conference.

He said these chairmen were key to her victory at delegate congress four years ago and sit with her at meetings.

“If your leader disowns you what do you do? You disown her,” he told JoyNews Friday.

He said this betrayal is a final culmination of the actions which have resulted in a loss of confidence in the national leaders.

The GNAT President and General Secretary were unavailable for comment.