The need for WEED! 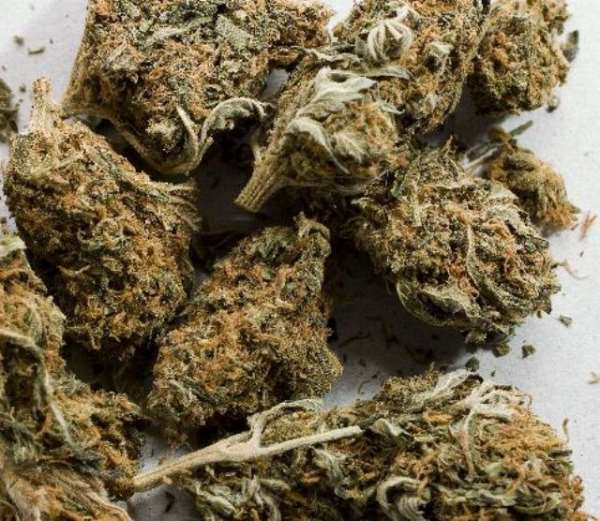 During the 18th and 19th Centuries Marijuana/Cannabis was a major cash crop that was exported from the plantations to America and Europe. It was used as an alternative fuel source, it made fabrics and at that time was a major Pharmaceutical Company commodity. The clampdown on Marijuana/Cannabis in the USA began in the early 1920’s, and the rest they say s history.

Large ‘Superstore’ like shops have popped up selling a wide variety of Marijuana/Cannabis strains to the thrilled public; who queued throughout the night as if they were going to purchase the latest IPhone!

In Colorado the Government collected $135,000,000 in taxes and License Fees all related to the legal sale of Marijuana/Cannabis in the first year of its legalisation.

Canada in the meantime has become the first G7 country to also regulate the sale of Marijuana/Cannabis; which almost another way of saying legalising its sale for recreational use!

The debate in Ghana about the decriminalisation and or legalisation of Marijuana/Cannabis remains in its infancy despite the calls by the late Former UN Secretary Kofi Annan. Indeed it appeared to be quite a novel call at the time; so much so that the seriousness of the issue became lost in the fact that none other than the UN Secretary should be the one to call for its legalisation!

To some extent if you read the statement Kofi Annan made at the UN Secretariat, all those years ago indicate that he was speaking about drugs in general and not just Marijuana/Cannabis. It was therefore surprising to witness that the media latched onto Marijuana as the main issue and flooded the networks with news that Kofi Annan wanted the legalisation of Marijuana/Cannabis, which wasn’t strictly the case.

So what’s it all about? I mean the discussion about decriminalising and legalising Marijuana/Cannabis. Well I for one support the call for legalisation of Marijuana/Cannabis for medical use and the decriminalisation of Marijuana for recreational use. But I wont be able to clarify all your queries in one article. However, over a period of time I feel confident you will eventually see the light.

The Ghanaian populace knows very little about it but spare no time in spreading fake news about the perceived negative effects it supposedly has upon those who use it. There is limited knowledge to say the least about the potent value of Marijuana/Cannabis and the positive effects it has in stabilising and eventually eliminating a wide variety of illnesses; and many don’t care to find out, seemingly trapped in their own little world of Emotion and Ideologies without evidence!

The general consensus of Ghanaians is that the smoking of Marijuana/Cannabis makes the consumer mad! There is no evidence to support this view but it is rather very widely held. The limited knowledge about the benefits of Marijuana/Cannabis remains so because our people have remained so entrenched stooped knee deep in negativity about the use of this ‘drug’

Just over a year ago the Honourable Alan Bagbin who; was a Presidential Candidate for the National Democratic Congress, declared that if he became President that he would legalise Marijuana/Cannabis as he recognised how medically beneficial Marijuana/Cannabis would be to our society. I am not sure he even remembers this campaign promise now but at the time it gave him limelight for a while before eventually flickering out!

We need to begin the debate in earnest and recognise how beneficial Marijuana/Cannabis would be in serving the economic needs of this country as well as providing the remedy of serious ailments that wage war against the quality of life of man, woman and child.

The Rastafari Council of Ghana through their President Ahumah Bosco Ocansey over the weekend; during the 4th NationalConference of Rastafarians, held in Kumasi reiterated the call for legalisation of Marijuana/Cannabis as a means of meeting the “Ghana beyond Aid” Agenda.

Ahumah Bosco Ocansey bemoaned the fact that Rastafarians are more likely to be stopped and searched when they are in commercial vehicles and private vehicles. He was of the opinion that the Police are actively targeting Rastafarians; in effect discriminating against them.

When the system is not in control and society at large remains undeniably ignorant it only points to one thing. And that’s dialogue.

Other countries are busy raking in huge incomes from the exportation, production and sales of medical Marijuana/Cannabis and even Hemp. They are able to capitalise on the benefits of Marijuana/Cannabis because they are more than aware of the numerous benefits to individuals and their country as a whole.

This was all achieved through dialogue. Its time we start talking….

It will take some time and I daresay some writing and reading before the difference between Marijuana and Hemp becomes overly clarified to the point where it will induce only intellectual debates. The basic difference between the two is that Marijuana is best suited for smoking and Hemp isn’t! Bet you didn’t know that?

Hemp has a quality that Marijuana will never possess and can be so useful in assisting us in fulfilling our every day lives in ways that up until now have been unimaginable but yet remain so true.

Let me tell you a little story about the people of Western Australia who came up with the concept of designing and building and “eco-village” In Denmark a South Coast town 400 kilometres from Perth is where there are twelve houses that have the state of the art solar technology to power the village with a 100 year life and an energy star rating of 9.2.

The village (12 dwellings) have been solely made out of a product called “Hempcrete” Its pretty much like concrete but instead it is made out of HEMP!

Hempcrete is a combination of hemp aggregate, water and a lime based binder. It’s the type of material that is very insulating and protects the timber because of the lime. It’s fire resistant, even sequestered carbon dioxide for the entire life of the building and does not get eaten by ants. In fact it is a material that has been in use for centuries to build homes in Japan. It’s a technology that has since been rediscovered in Europe; in France where the growing of industrial hemp has never been banned.

Industrial hemp is a relatively new material in the Australia building scheme of things. But it has been used throughout Europe and the United States. The material is derived from the Cannabis plant but it is cultivated with a minimal level of tetra-hydrocannabinol (THC) which is an illegal substance found in Marijuana.

Once hemp is mixed with lime it is turned into hempcrete; a material builders can use to replace concrete and it’s breathable, moderating the humidity and air quality within the house. Actually hemp itself can be best described as a waste material.

In Ashville in the United States of America the former Mayor and his wife saved 60% on their homeowners insurance, as the owners of America’s first hemp house.

A hemp house requires a minimal heating or air conditioning and can help cut energy bills by 50%. American Limetec and other companies are supplying hemp and lime building materials plus technological assistance in housing/industrial/commercial projects in the USA.

In Ghana we are still using outmoded conventional methods to construct buildings and there looks like there is no end in sight either. Sub Saharan Africa in general has always been the last to know when it comes to technology even when the source of that technology grows wild in the acres of fallow field we have in abundance.