UWR: Minister calls on the Media to be fair and accurate in their reportage. 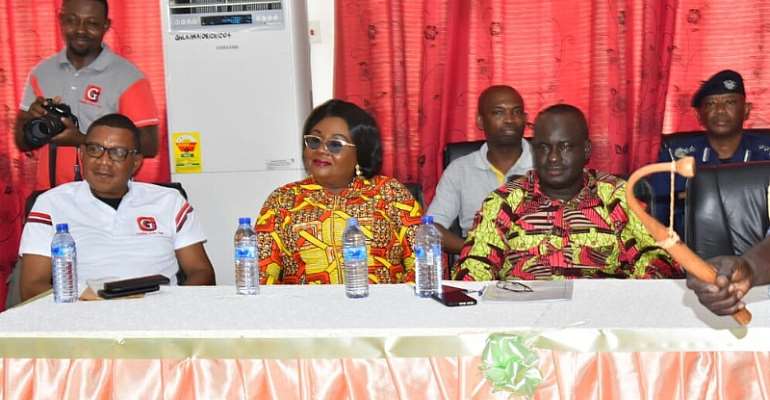 The Upper West Regional Minister Hon Dr. Hafiz Bin Salih has called on the media to be fair and report accurately on issues to their audience.

He said the media has a major stake to national development and must be fair and accountable to its audience. The Minister further indicated that the media has a collective entity which includes Newspapers, Radio, Television and Internet.

Dr. Bin Salih made these remarks on Saturday September 7, 2019 at the regional library during the launch of the Graphic "Regional Spotlight" in Wa.

He, therefore, cautioned the media to be circumspect in their reportage on local and national elections in order not to fuel tension among contestants and their supporters to maintain the peace that the country is currently enjoying.

The regional spotlight focuses on showcasing the developmental achievements and challenges of the region.

On health, the minister stated on record that the Upper West regional hospital has been completed and handed over to the Ministry of Health and Ghana Health Service. He noted that the administrative processes towards registering and licensing the hospital as well as getting the needed regulatory bodies and commodities for the hospital to operate as a full-scale hospital facility is far advance.

Dr Bin Salih also said the ministry of health is in consultation with the National Health Insurance Scheme to hook the hospital to the scheme.

Under the planting for food and jobs project, Dr. Bin Salih stated emphatically that in the year 2017 the project had 29,347 beneficiaries and has increased to 119,209 beneficiaries in 2019. He added that cultivated hectors in 2017 was 21,133 and increased tremendously in the current crop season to 125,450 hectors.

The production of cereals such as maize, rice, sorghum and soybeans had increased in the region since the inception of the planting for food and jobs project.

On governments One district One warehouse project, the minister said the project is a component of governments Infrastructure Poverty Eradication Program(IPEP). He said the purpose of these warehouses are to store produce and also store the anticipated surpluses under the planting for food and jobs and each warehouse has a storage capacity of 1,000 metric tones.

According to him, the construction of these warehouses would be a major booster in government efforts to guarantee food security and the transformation of the agricultural sector.

He said the warehouse constructions are under the supervision of Ministry of Agricultural and Special Development Initiatives. The constructions are in various stages of completion and sited in 7 districts including Busie in Daffiama Busie Issa district, Hain in Jirapa Municipality, Bulenge in Wa East district, Cherikpon in Nadoli/Kaleo district, Tumu in Sisala East district and Lambussie in Lambussie district.

On the Wa airport, the minister gave a vivid assurance that Africa Airline would on October 15, 2019 commence commercial flights operation in Wa.

He noted that government is committed to connecting Upper West Region to the rest of the country which would boost economic activities of the region. Dr. Bin Salih commended the Graphic Communications Group Limited for bringing such an initiative to the region.