The Call: The Relevance Of The Youth In This Apostolic Age 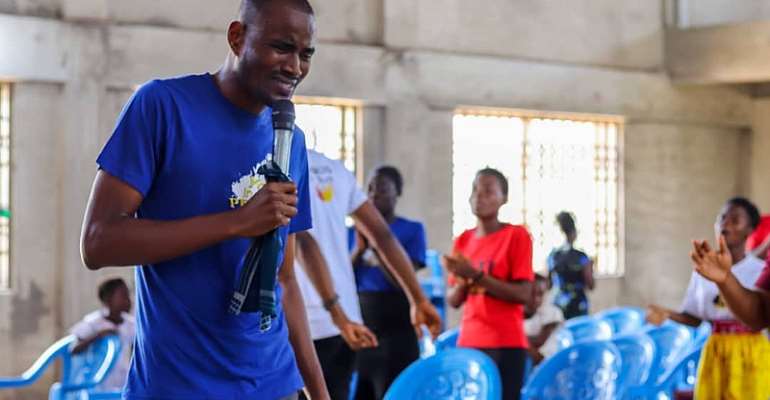 As powerful and experienced as apostle Peter was, he couldn’t provide the meal for the multitude to be fed when Jesus needed it. As anointed and buoyant as Apostle James and all those experienced ministers were, they never were able to provide the meal to feed the masses at Jesus’ crusade. When Jesus wanted to feed the 5000 people, the two fish and the five loaves that fed the multitude did not come from the deacons and deaconesses of age of His times. The meal came from a youth, King James calls him a lad. If that youth was absent from that meeting you will be surprised what would have happened to the masses. When Nebuchadnezzar nearly superimposed his pride and arrogance on the omnipotent of God it wasn’t the elders that spoke to defend God, no. The scriptures said these three children “Shadrack, Messhack and Abednego” refused to bow their knees to any other god apart from God. There were elderly men there but we never heard of them because they were hiding. If these youth hadn’t dare the gate of Hell, the kingdom of Heaven would have been misrepresented in Babylon.

One arrogant and ungodly elder called Goliath rose up early morning to defile the name of God in a particular geography. He comes daily to insult God’s integrity for 40 days and no man, elder, senior Bishop or General Overseer was able to challenge him. Even the king went for hiding. To their amazement came a young boy of age 17, called David. Whiles everybody was busy seeking to be acknowledged as a father, Papa, founder, President and General Overseer David was undergoing training in the bush killing lions and stabbing bears. When David appeared in the scene, under 15 minutes Goliath was down with his head off his neck. Why? A youth arose to ensure that the apostolic dimension of God will be preserved. If David had not risen to defend the name of God it will sound as though God is not powerful.

It is because of this reason we the youth must ensure that our destinies are not wasted by laziness, carelessness, lawlessness, arrogance, pride, prayerlessness, indiscipline and wordlessness. Knowledge acquisition, training and personal development is to be the routine of the youth. We cannot lead when we don’t read, we cannot begin a church when we have no idea what evangelism, church history, church planting and intercession is. We cannot be entrepreneurs when we cannot decipher between corporate finance and marketing analysis. We cannot be good parent when we have no idea what parenting and mentorship entails. It is the more reason we must STAY and be TAUGHT by the spirit of God and other accredited mentors whom God have been approved to lead us through books and personal interactions. The progression of the state, the church, the family and the entire horoscope of man’s endeavor is predicated on the usefulness of our youthfulness.

YOUTH! Too needful to be ignored.
PRAYER: Lord Jesus! I surrender my path and my ways unto you. Hold my hands and lead me, In Jesus’ name. AMEN.