Mr President, Hear Ye this – Every Unique Problem has Its Unique Solution (Part I) 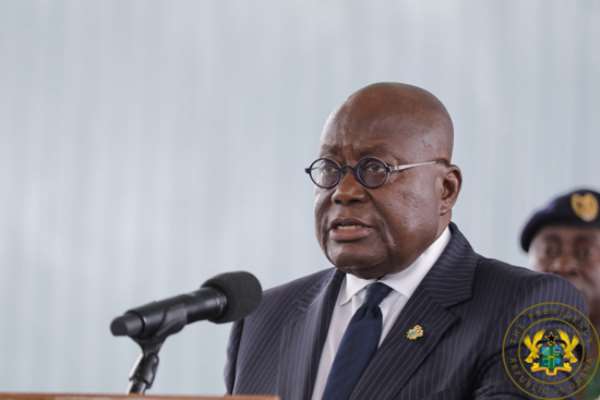 Our elders say, “It does not belong to he who is leading to redirect their steps”. That right of redirecting the leader is vested in the followers who see if the lane he is cutting is straight or getting crooked. I believe the president will thus far agree with me.

Many a Ghanaian rallied behind then presidential candidate Nana Addo, and voted massively for his election to become the president of Ghana on Wednesday, 7 December 2016, mostly due to his established incorruptibility, sternness and his much touted campaign mantra to jail the corrupt officials of the NDC government and corrupt public servants as well as ensuring that none of his appointees engaged in corrupt practices. These were the motivating factors that pulled more electorates to his side to garner more winning votes for him.

The Ghanaian and African officials’ fondness for corruption is conspicuously known to be the very bane of the socio-economic emancipation of Ghana in particular, and continental Africa in general.

I know the president is trying his hardest; doing his best in his determination to fight to curtail or uproot corruption from Ghana. Nonetheless, his best is not good enough based on how the infatuation with corruption by government officials has ravaged Ghana, a land of plenty natural resources, to turn it into a mere shithole country, but the president has not yet chalked any successes in his fight against corruption.

The president, an avid democrat, a champion of human rights, must not see himself as veering from his qualities as a credible human rights lawyer and leader should he resort to a unique method to solve the unique devastating socio-economic corruption canker ongoing in the country.

If the traditional way of fighting corruption, thus arraigning corrupt officials through our lengthy, tortuous judicial system, works, why would the president create the Office of the Special Prosecutor to deal with corrupt officials? Does the appointment of a Special Prosecutor amount to deviation from correct democratic governance and practice? No!

Therefore, I disagree with the president when he says he will stick to the normal court prosecutorial practices to deal with identified corrupt officials. Should he do that, he will never succeed in his fight against corruption. His sloganized proclamation to dealing corruption a deadly blow upon his assumption of office as the President of Ghana will have become more of a laughing stock than a reality.

The president says in the General News of Tuesday, 10 September 2019 Source: Graphic.com.gh I don’t convict appointees: Allegations are referred to designated bodies - Akufo-Addo

Yes, the president is doing whatever is expected of him by referring alleged corrupt officials to the appropriate investigation agencies. What, if the agencies are not working in a like-minded serious manner to fight corruption as envisaged by the president but rather are wishing its continuous perpetuation? Is the president telling Ghanaians that he has no any other alternative but to leave it as it is, because it has been passed to the appropriate investigation agencies that are probably equally corrupt?

Did we not have all these agencies including our normal judicial system before the then presidential-candidate Nana Addo said no, a Special Prosecutor must be appointed to deal with matters pertaining to corruption? What informed his decision to create the Office of the Special Prosecutor? Was it not because the normal systems were not up to speed but apparently collusively corrupt? Why is he now believing in them to do the job while there is abundant evidence on the ground to prove that the job is not being done as it should?

Does the president not know that there are many out there that are secretly wishing his downfall? Does he not know that a man’s enemy can be himself and within his inner circle?

“There is more than one way to lead effectively, and different leadership styles can be employed in different situations to get the results you need”

I beg to quote verbatim from a source to emphasise the point that I am trying to bring home to the president. There are different leadership styles but a good leader embodies all, especially the three principal ones, in his very being. It is the peculiarity of a situation that determines which leadership style to adopt, being a good leader. You cannot be either an authoritarian or a democrat or a laissez faire type of leader through and through if indeed you are a good leader. It must be a mixture of all, as well as to be determined by the situation.

“When it comes to decision-making, we sum up the three most commonly described styles: authoritarian, democratic and laissez-faire”.

1) “Authoritarian leadership: This decision-making leadership style is where there is only one person in charge and he or she is completely in control of all the decisions. This style of leadership ensures that the head of the company has the only say and that all the employees undertake the work, with no questions asked. Think black and white”.

2) “Democratic leadership: A democratic leadership style is described as one where input and often consensus from multiple qualified and experienced resources is used only for the purposes of evaluation. However the final decision is made by just one. Think primary: red, blue and yellow. These colours exist on their own but can be mixed and toned up or down with the input of others”.

3) “Laissez-faire leadership: The laissez-faire style is one where the decision outcome is literally ‘a grey area’. Everyone has complete autonomy and the freedom to add their input and realise new ideas and thinking. Because of this, this style requires a highly competent and confident workforce to stay on track”.

“Commanding leadership: The commanding leadership style is used best in critical situations, managing a crisis, or to kick-start rapid change. Using an autocratic approach, direct orders with tight control are given with an unspoken threat of disciplinary action if not undertaken correctly”.

Ghana is in crisis because of the insane infatuation with institutional corruption masterminded and orchestrated by our elected leaders, government appointees and public service officials. Therefore, a unique solution through a resort to a unique method must be found to deal with it.

As many Ghanaians hate reading lengthy articles, I shall end here to continue in a second part which will follow up shortly.