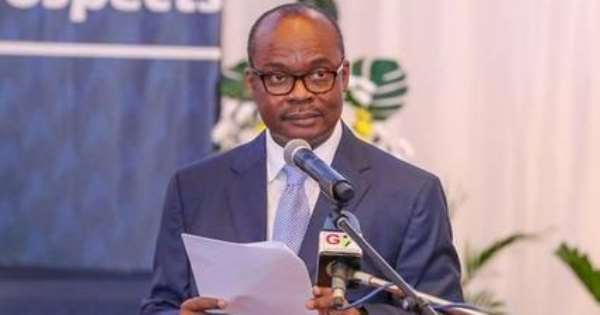 Customers of Boin Microfinance Limited located in the Western Region, are becoming frustrated over activities of Bank of Ghana (BoG).

The company has not been able to position its activities following concerns over Bank of Ghana's inability to join them at Ghana Arbitration Centre (GAC) for redress of outstanding issues emerging out of ongoing reforms in the financial sector.

It would be recalled that on 31st May, 2019, the Bank of Ghana revoked licenses of over 300 Microfinance institutions in the country over insolvency.

Boin Microfinance Limited was one of the companies affected in the exercise carried out this year.

Following the revocation the company's license, the Directors and Shareholders initiated a court action against Bank of Ghana and Eric Nipa, the Receiver on the 3rd June, 2019.

Howerver, legal representatives of Bank of Ghana filed a motion on June 24, 2019 and moved it on the 8th of July, 2019 that the matter must be struck out of court since Boin Microfinance Limited should have sought redress at Arbitration, based on the mandatory provisions of Act 930 under the rules of the Alternative Dispute Resolution Act, 2010 (Act 798).

In a document sighted by this Reporter dated June 19, 2019, the Bank of Ghana in a motion of notice to strike out the writ of summons and statement of claim for want of jurisdiction admitted, "That I am advised and verily believe same to be true that pursuant to the mandatory provisions of Act 930, any party aggrieved by the decision of the Applicant on issues involving revocation of license of a Bank or specialised deposit institution and appointment of a receiver, shall resort to arbitration under the Rules of the Alternative Dispute Resolution Centre established under the Alternative Dispute Resolution Act, 2010 (Act 798)".

Based on this, the High Court in Sekondi, under her Ladyship Sedina referred the matter for arbitration and the case was sent to Ghana Arbitration Centre.

Furthermore, the Directors and Shareholders of Boin Microfinance Limited filed their Notice of Claim at the Ghana Arbitration Centre and same was served on Bank of Ghana and Eric Nipa the Receiver on the 1st of August 2019, to bring their response or defence within fourteen (14) days.

The 1st and 2nd defendants (Bank of Ghana and Eric Nipa) did not acknowledge receipt of the said Notice of Claim, let alone bringing their response.

However, on the 23rd August, 2019, a reminder, dated 22nd August, from the Ghana Arbitration Centre was again served on both 1st and 2nd defendants also to be responded within 14 days.

On the 28th August, 2019, Frank Davies Esq. of Messrs Davies and Davis filed appearance as legal counsel for the 1st respondent (Bank of Ghana). As of Thursday, September 6, 2019, the expiring date of the reminder from the Ghana Arbitration Centre, Frank Davies had not submitted a defence or response on the Notice of Claim to the Ghana Arbitration Centre.

Speaking to some aggrieved customers of Boin Microfinance Limited in the Region over the inability to get their deposits, they blamed the Bank of Ghana.

They said the Bank of Ghana brought a Receiver to pay their deposits to them but they disclosed that since then they have not received penny.

In this situation, some customers said they were dying in poverty.

Some said they don't have money to take good care of their families. Others said their wives were leaving them.

They are therefore, seizing this opportunity to appeal to the Bank of Ghana to speed up the process and pay their deposits.

However, another document this Reporter sighted from the Boin Microfinance Limited which was copied to the Bank of Ghana, indicates that on Friday, May 31, 2019, the Bank of Ghana closed the offices of the company, the Boin Microfinance Limited advanced a total of Two Hundred Thousand Ghana Cedis (GHC200,000) loans to its clients who had applied for loans and had gone through proper assessment and approval.