Israel’s Netanyahu looking for friends in Russia before election 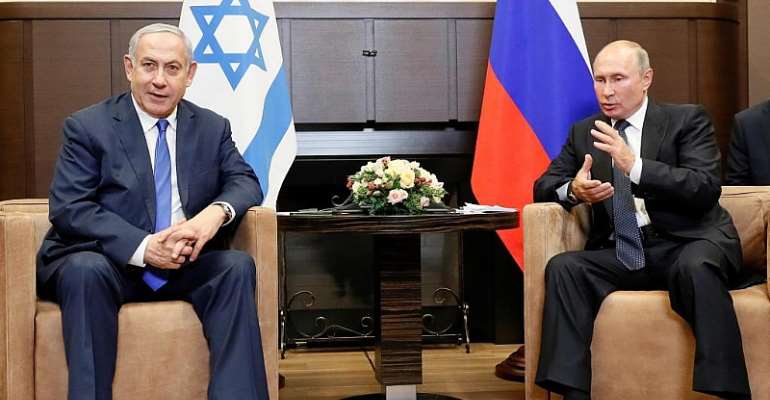 Benjamin Netanyahu has met Russian president Vladimir Putin in the Black Sea resort of Sochi, hoping to boost his image as an international statesman. The visit comes five days before elections in Israel. Did the Israeli Prime Minister get what he was looking for in Russia?

"Russia is very much involved in Syria, which also it affects relations with Iran, with Hezbollah. Just before elections, it is very important for Netanyahu to be seen in Russia, as many voters have come from the former Soviet Union.

"Netanyahu likes to be seen as a statesman. A few days before the elections (set for 17 September), part of his campaign is to show that he can actually operate on an international level in a way that no one else has experience in."

The Israeli-US relationship is also subtly shifting after the hardline pro-Israel national security advisor John Bolton was removed from his job this week. Bolton propagated regime change in Iran, but he also took a hard line against Russia.

“John Bolton is probably a kind of friend that no one needs,” says Mekelberg. “He is a bellicose, hawkish advisor that Trump himself said 'had never seen a war that he didn't like.'”

Eclipse of Bolton
“That's the problem – pushing the region more and more towards a war that probably no one would have won, but so many would have lost," adds Mekelberg.

Bolton is a fierce supporter of the MEK, an Iranian exile group that is allegedly supported by both Israel and Saudi Arabia. Bolton saw the MEK as a candidate to take over government in Tehran, after a possible US invasion.

After the eclipse of Bolton, the White House's tone towards Iran seems to be changing. No longer does Trump talk about "regime change" in Tehran, and repeats the fact that he is open to a possible meeting between Trump and Iranian president Hassan Rohani at the sidelines of the UN General Assembly, which holds its yearly meeting in New York from 17–30 September.

“For a change I think, actually, a meeting between Trump and Rohani is not a bad idea at all. It could actually calm down the heat, so it might be a good move by Trump," says Mekelberg.

Unpredictable
But he also points to the perceived unpredictability of the Trump administration.

“With the Trump administration, especially with the President himself, it is always unpredictable, so who knows what's next. It's also one of the reasons that Netanyahu is building coalitions elsewhere."

But Russia didn't give Israel much backup.
Days before Netanyahu's arrival, the Russian Foreign Ministry said that his pledge to annex part of the occupied West Bank could “lead to a sharp escalation of tension in the region”.

And Iran's Mehr Agency reported that, coinciding with Netanyahu's visit, the Tehran Chamber of Commerce received a Russian business delegation to discuss oil and other energy issues.

But Mekelberg points out that Russia's backing of Iran “has limitations".

“They have common interests in Syria, but that doesn't mean in the long term. They want to keep Assad in power, but Russia is not in favour of Iran having too much influence, as it spreads fundamentalist forms of Islam in some areas of Russia,” he says, calling the Russia-Iran relationship a “marriage of convenience.”