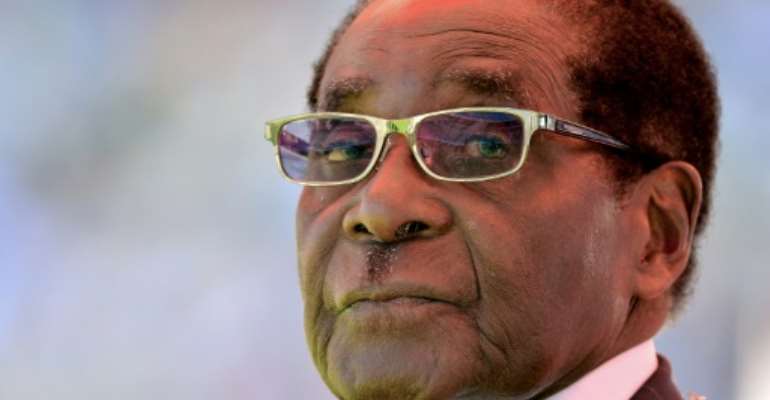 Once lauded as a hero, Mugabe went on to rule for nearly 40 decades. By ALEXANDER JOE (AFP)

When Trust Sibanda was born in 1979, Zimbabwe was Rhodesia -- a British colony whose white minority government had declared independence unilaterally.

In 1980, the country broke free and a guerrilla leader called Robert Mugabe rose to power as its founding father.

"Even as a toddler you can feel what is happening," said Sibanda. "We were marching towards a new era of independence."

But 27 years after the liberation, Sibanda -- by then a qualified school teacher -- was sitting on a bus to neighbouring South Africa with only 50 rand ($3.4, 3.1 euros at today's exchange rates) in his pocket.

For Sibanda, like for many Zimbabweans, Mugabe's death last week provoked memories of how hope from liberation gave way to despair as his autocratic rule plunged the country into ruin.

Mugabe, who died aged 95, held on to power for 37 years before being toppled by army generals in 2017. 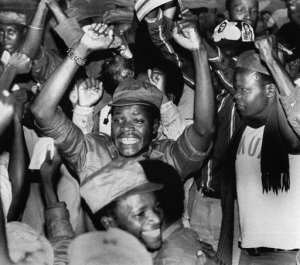 While some still hail Mugabe as a liberator, others recall the repression and economic mismanagement that brought Zimbabwe -- once considered Africa's breadbasket -- to its knees.

As Zimbabwe prepares for a state funeral on Saturday, Sibanda told AFP how life under Mugabe finally drove him out of the country.

"Mugabe introduced around 30 economic policies during his years," said Sibanda, who now works in Johannesburg as a training provider. "Some felt like experiments on human beings."

'Before we could go for desert'

The family first felt the impact in 1991, when Sibanda's father lost his job.

Thousands of workers were laid off in reforms that removed trade barriers, forcing local businesses to downsize.

"It really took a knock on our lives," said Sibanda. "When a breadwinner loses a job." 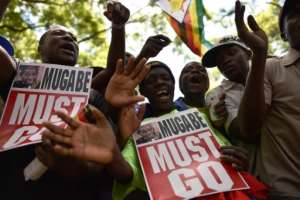 Mugabe was ousted in November 2017 by protests and the army, ending 37 years in power. By Tony KARUMBA (AFP)

Shamed, Sibanda's father returned to his village, leaving his mother to care for their four children.

As a child, Sibanda was fascinated by excavators and dreamed of repairing diesel engines.

His plan fell short when he failed to secure a spot in college, and ended up at teacher training school.

"The salary I was getting was enough for me to look after my family," said Sibanda, aged 22 at the time.

But that period was short-lived.

Rising inflation and political turmoil were eroding the value of Zimbabwe's dollar. In August 2001, Sibanda ran out of money. 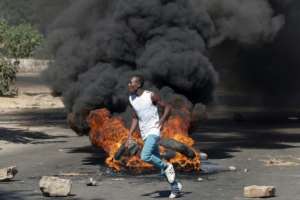 Protests over cost of living and wages are common as Zimbabweans still struggle to survive. By STRINGER (AFP)

"What it used to buy say in April wasn't the same when you compared it to August that same year."

He was forced to dip into his savings.

"Before we could go for desert anytime we felt like it."

Sibanda got married in 2003. He started repairing cellphones and televisions as a side-job, allowing the family to scrape by.

"If you took the salary I was getting then and convert it to foreign currency, you would probably buy a two-litre (4.2-pint) bottle of cooking oil."

The turning point came in 2007, when Sibanda returned from a trip one day to find his four-year old daughter had been taken out of school.

His wife struggled to break the news. 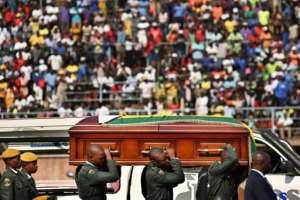 Mugabe's casket has been on display at a Harare stadium before a state funeral on Saturday. By TONY KARUMBA (AFP)

"She knew it was going to devastate me," he said, but "the school had hiked fees".

That day, Sibanda packed a few clothes and his teaching diploma, and crossed the border to South Africa.

"We used to call it greener pastures," he said. "When people tell you about a foreign land you have this picture of paradise."

From Johannesburg's central Park Station, Sibanda hitched a ride to the northern township of Tembisa, where he knew his church had a parish.

He arrived in time for service and free lunch.

"I will never forget that meal," said Sibanda. "It was the first time I ate beetroot, I didn't know what it was. The whole idea of using food as decoration was new to me."

Dazzled by the cars and clothing of the church attendees, Sibanda felt confident he too would make a fortune.

The following day, he was selling brooms on the street alongside fellow Zimbabweans.

Any money left over was used to send bags of corn flour and cooking oil back home.

"Zimbabwe was in its darkest hour. Shops were empty and my family were constantly nagging," he said.

"The picture they have is that you have forgotten them because you are now in the promised land."

Mugabe gets 'no credit'

No one in Johannesburg believed Sibanda, a broom-seller, was once a teacher.

With no money to spare for photocopies, he gave up applying to schools and starting fixing televisions -- hustling as he did in Zimbabwe.

But the money he made had more value. And as demands for his services rolled in, Sibanda was again providing for his family.

In 2011 he bought a used Opel Kadett, and landed a job with a training company.

"We can say he extended education to everyone," said Sibanda, but he "failed to provide economic opportunities."

"And I cannot give him any credit for paying my fees."