Islam, Social Media and Rise of Atheism in Northern Nigeria 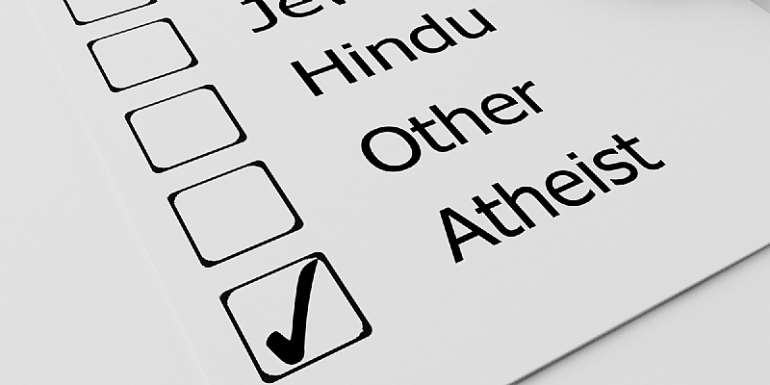 Atheism was the focus of a seminar by the Centre for Islamic Civilization and Interfaith Dialogue (CICID) at the Bayero University Kano. The seminar was held on September 12, 2019. Panelists explored the topic: Social Media and the Rise of Atheism among the Muslim Youths in Northern Nigeria. Causes, Consequences, and Recommendations. One wonders why this little known organization decided to focus on atheism. CICID is a research institute that was established in August 2015 in response to a lack of literature and knowledge regarding the contribution of Islam to modern knowledge.

The vision is to pursue quality research on the broad aspects of Islamic civilization and interfaith dialogue. It is not clear how the centre goes about the interfaith dialogue because no evidence of interfaith communications exists on their web site . The Centre says that it promotes “dialogue and good exhortation among groups and schools of thought within the Islamic fold and between Muslims and adherents of other faiths”. So which other faiths are they dialoguing with? Why is centre worried about the rise of atheism?

If the centre is committed to dialogue, it could have reached out to atheists; it should have included atheists on the panel. How did they discuss the rise of atheism without an atheist participant or panelist? CICID is fostering Islamic monologue, not an interfaith dialogue because at this event, the Muslim panelists and attendees apparently talked to themselves. That was an interfaith dialogue. Right?

Meanwhile, this seminar underscores growing concern over the role of social media in the growth of atheism in the Muslim North. With the emphasis on the youths, there is real worry within the muslim community that the youths are leaving Islam and becoming atheists. And social media have been instrumental to changing the Islamic beliefscape. Indeed the social media have been a disruptor in religious belief patterns. The internet is a key factor in the rise of atheism in Islamic northern Nigeria. Here are the reasons.

First of all, social media have liberated Muslim youths from the tyranny of Imams, Sheikhs, Mallams and others who have claimed to be the sole custodians of truth and knowledge. Until the advent of social media, young Muslims have relied on these “knowledge experts” for understanding what is true, right or moral. The internet has provided young muslims with an alternative to Quranic school and indoctrination. It has empowered Muslim youths with information that sometimes contradicted the teachings in the Quran or the Hadith or the teachings of the Islamic scholars. The social media have furnished Muslim youths with other 'knowledges' and truths, a more persuasive understanding of life and the world.

Also, social media have been resourceful in enabling young Muslims to express their doubts and openly question the teachings of Islam. Before now this was not the case. Many young Muslims are beginning to wake up to the fact that the Quran, like other sacred texts, is an ancient book, and that the Islamic body of knowledge is based on ancient cultural myths and understandings of Arabs. Indeed young Muslims are starting to realize the disconnect and incompatibility between Islam and contemporary scientific and technological knowledge.

More importantly, the internet is helping Muslim youths to discover and connect with people of like minds. Muslims who are skeptical and critical feel lonely; they live in constant fear of their lives. Muslims who doubt or disbelieve suffocate due to a lack of spaces to express themselves, and think outside the Islamic box. They do not have platforms and communities where they can freely question Islamic teachings without being threatened or sanctioned. Blasphemy and apostasy are capital offenses under sharia.

But with social media, things have changed. Things are rapidly changing. A new wave of intellectual awakening and enlightenment is sweeping across the region. Youths who question or disbelieve Islamic teachings can easily relate and connect with other apostates, ex-muslims, and freethinkers across the world. They access platforms where they socialize, interact, and exchange ideas without fear. The social media give skeptical Muslim youths a sense of family and community which the Islamic establishment has long denied them. Muslim leaders in Northern Nigeria are worried by this trend. They feel unease about this development because social media are slowly and steadily eroding their power base. But the Muslim community in northern Nigeria need not be worried about the impact of social media or the rise of atheism. Instead they should preoccupy themselves with getting rid of false, mistaken and outdated teachings of Islam. Islamic centres such as CICID should work to realize genuine interfaith dialogue and begin to engage other faith and non faith traditions. They ought to focus on combating extremism, reforming Islam and bringing this 7th-century religion into the 21st century. Yes, the Islamic establishment should strive to make Islam appealing to youths who are living in an era of social media.

The author has 333 publications published on Modern Ghana.