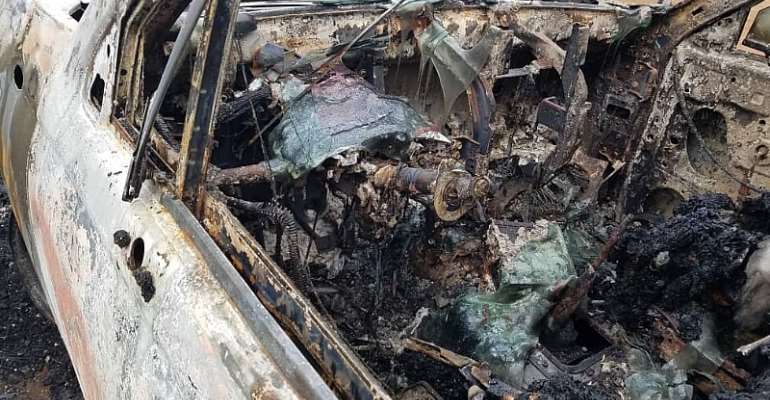 A family of three has been shot dead and their bodies set on fire at Zutsukpo in the Ningo Prampram District of the Greater Accra Region.

The incident reportedly happened on Thursday evening while the man, his wife and their five-year-old son were returning home after going to fetch water from Tsopoli, nearby town.

Reports say about 200 meters to home, they were attacked by the unknown assailants and the vehicle they were in set ablaze.

“A man, his wife and a son were murdered and their bodies set ablaze in a pick up. When we visited the place we realised that there were three different ammunitions there at the scene which means they were actually shot. We are actually continuing with the investigations. We need to get the homicide unit and others to see id there will be any lead,” he said.