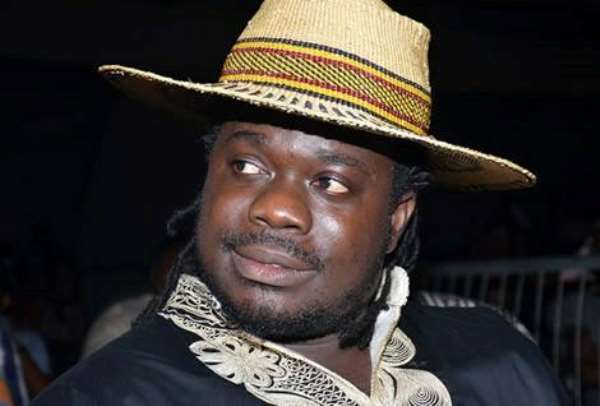 Former President of the Musicians Union of Ghana (MUSIGA) President, Bice Osei Kuffour popularly known as Obour, has launched his political ambition a few weeks ago.

The 'Konkontiba' hitmaker will be contesting for the parliamentary seat of the New Patriotic Party (NPP) at the Asante Akyem South Constituency.

Obour has started his campaign toward this bid after he officially handed over power to an Interim Management Committee of MUSIGA led by Bessa Simons on August 30, 2019.

He recently joined clean up exercise at Asante Akyem South constituency in the Ashanti region and donated dustbins, wheelbarrow, washing powder and long brooms to the assembly.

The NPP will hold parliamentary elections in orphan constituencies across the country on September 28, 2019.

About two years ago, the former MUSIGA President set a foundation named after his late mother Christiana Addo to support the youth in the Asante Akyem Constituency.

Obour is an alumnus of the University of Ghana, the US International Visitor Leadership Programme, Aspen Global Leadership Network, and African Leadership Initiative of West Africa.