By Concerned  Youth Of Ejura 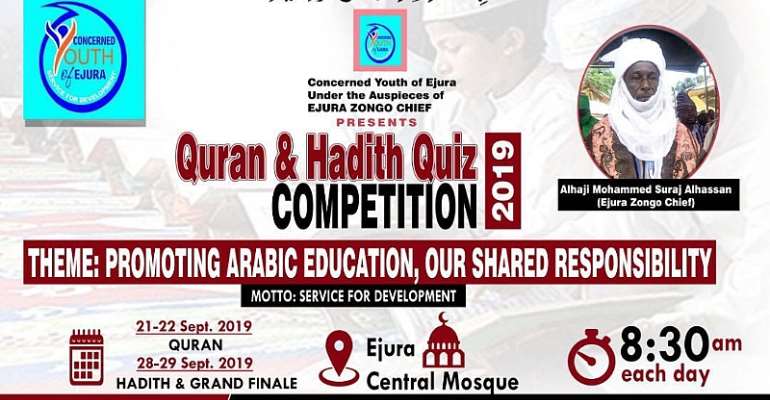 The Concerned Youth Of Ejura is a youth group that works to empower the youth and champion the development of the Ejura Community.

One of their achievements so far has been the organization of the Annual ENGLISH, SCIENCE, MATHEMATICS &ICT QUIZ for Junior High Schools in Ejura which started in 2017.

As part of their effort in promoting Arabic Education, they have formed an alliance with the Ejura Zongo Chief, Alhaji Mohammed Suraj Alhassan to organize Quran &Hadith Competition for the Arabic Schools within the Ejura Zongo Community.

In all, about thirteen (13) Arabic schools have registered to partake in the Maiden Edition of the Competition.

There following are the names of the Arabic Schools:

The General Secretary of the group,Mr. Abubakar Saddique Ahmed Stated that , with the love for our kids to memories and learn how to recite the Quran and Hadith , this is going to be an annual contest that will go a long way to promote Arabic Education and also to empower as many young children in the Ejura Zongo Community.CON