GNAT Is Fast Developing A Credibility Crisis For Itself 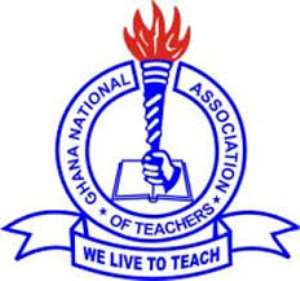 I am an active member of the Ghana National Association of Teachers. Indeed, I have served GNAT first as a school(unit) representive and was later elected the local secretary of Nadowli Local. In both capacities, I served my union with passion and unquestionable commitment. Many in the Nadowli local can give a better testament of my work while in office and how I represented my people (teachers) with a very strong voice eventhough I was in my heydays in the teaching profession. I had always intimated that the Ghana National Association of Teachers was the best teacher union in the country. Truly it has made a name globally so far as unionism is concern.

However, recent happenings in the union make me regret my association with the Union. As deeper as I continue to learn about the complexity of Ghanian politics, corporate governance and their impact on unionism, I think the credentials of the mother of all teacher unions, GNAT, has been sold by some leaders at the top hierarchy for their personal gratification. I say this without any scintilla of equivocation and I am ready to face any ramifications thereof.

I will prove my point in subsequent paragraphs. Let me make it clear that, not just in GNAT alone but in any other unions and groups, the interest and welfare of members is supreme and paramount than any other interest. I am very certain the GNAT constitution both in letter and spirit affirms to my assertion. It can by that simple understanding of the operations of a union like GNAT, be concluded that, any action, commission, omission whatsoever, that relegates the interest and welfare of members, constitutes a serious breach of the constitution. I will leave the legal rendition here and go ahead to chronicle how GNAT has sold its integrity and credibility. It is only by this, readers can juxtapose the actions and inactions of the national leadership and perhaps decide whether to trigger some legal actions.

I must add that a union without these primary features; integrity and cridibility cannot stand the test of time. Unionism has changed with time, a union must be reputable so as it can effectively and justifiably fight for the welfare of its members. Contemporary unionism does not depend on numerical advantage to engage in negotiations. You must just be on top of issues with consistency, credibility and integrity. All of these key features have vanished in my beloved Union under the leadership of some "old crooks" who only seek to engage in political bootlicking to the detriment of the ordinary teacher in Daffiama-Bussie-Issa.

Now, let me zoom straight into the substantive issues.

It is trite knowledge that the Union has been battling with government on a number of legitimate issues that have ripple effects on the welfare of teachers. In unionism, when the "table" isn't producing the desired results, strike becomes an effective tool. Indeed, strike is a legitimate right of labour unions. I will not support a premature or illegal strike but when it appears that a union has exhausted all mechanisms in drumming home its demands, strike become effective and in such cases as we find ourselves in, I support the strike action declared by NAGRAT leadership. The declaration is only in response to the plight and complaints by the Ghanaian teacher who have been faced with some unresolved issues including; outstanding salary arrears, delays in promotion, additional responsibility allowance, delays in receiving promotion letters, inability to seek transfer and other issues.

Considering many of these challenges being faced by the Ghanaian teacher, I can describe NAGRAT action as responsive and sensitive. Any meaningful Union that stands for the progress and welfare of its members would have done what NAGRAT has done.

With all the issues cutting across the teaching fraternity at the pre-tertiary level, I thought that GNAT National leadership would at least support this legimate industrial action. Alas, our expectations became a mirage. The National leaders went to bed to sleep, leaving the ordinary GNAT members in a very helpless situation.

The pressure from many members compelled majority of the regional chairmen of the association to take a bold decision to act by declaring a strike too. Instead of the incompetent leaders at the top hierarchy to continue with their usual slumber, they rather initiated a certain hypocritical drama on the airwaves. I did listen to a man who parades himself as the national secretary described the strike action declared by the majority regional chairmen as illegal. Isn't this intriguing? According to him, the National Executive Committee isn't aware of any strike. Hmmmmmm.........

The pronouncement of the self acclaimed secretary is referenced below.

First of all, I am reliably informed that the self acclaimed general secretary by name Mr David Achempong is on retirement. What gives him the temerity to rant on the airwaves, describing the action as illegal? This can only happen in GNAT! In any case, the action of those chairmen is as a result of the reluctance, inertia and incompetence of National leadership. If the National leadership were proactive like that of NAGRAT, we would not have gotten to this comedy of shame.

Again, to the best of my knowledge, apart from national conference, the political leaders of GNAT are mandated to take decisions on behalf of their members. The Secretariat which is the administrative organ is only required to act by implementing those decisions. When you have a supposed secretary publicly contradicting the position of members, then, it is obvious that he is seeking a different agenda to the detriment of teachers.

As for the National President, I think she is begging for impeachment. As the political head, you were very mute on all these issues and when the regional chairmen acted on behalf of members, you then ran to the media to betray us in that insensitive manner by labelling the strike as illegal. That is crass incompetence!!

The minister's candid position again rubbished the claim by the National Executive Committee that the action by regional chairman is illegitimate. It is a shame.

It does appear that these officials are acting out a certain agenda they alone know of, and not in the interest of the ASSOCIATION. It is high time members spoke out and give a stern warning to these incompetent leaders who are being paid gargantuan allowances yet they refuse to act in our interest. That has been the reason for the deteriorating working conditions of the teacher. We must rise it!

I am by this piece, calling on the national leaders of GNAT to publicly render an unqualified apology to all teachers in the country and particularly to the regional chairmen who declared the strike. They should do that in the interest of GNAT. Their silence and continuous disrespect will only precipitate some dire situations for the ASSOCIATION. We have many other teacher unions, it is only for our love for GNAT that we are members. Nobody forced us. They must apologize to us and resign en bloc. At least, we have so many competent teachers who can also play those leadership roles. Enough is enough!!

I encourage the ordinary GNAT members not to give up. Let's respect the decision of the regional chairmen by making sure we stay out of the classroom till our issues are resolved.

Let me congratulate those regional chairmen who met and declared the strike. It was a timely and bold decision. That is what leadership is about. You have represented our interest and we won't allow any self seeking leader who who is no where near the hostile teaching environment, to betray us.

My initial position was just to leave the ASSOCIATION and join another that will seek my interest but upon a second thought I have rescinded that decision. I will stay back and fight that nonsense and disrespect for teachers. We are our own enemies and not government.

The aftermath of this strike shall be interesting!

We shall legitimately fight these incompetent and insensitive leaders and make GNAT better again. The ASSOCIATION is no longer attractive to teachers and it lies in our onus to make it better. Yes we shall salvage it!

The village boy from Daffiama-Bussie-Issa