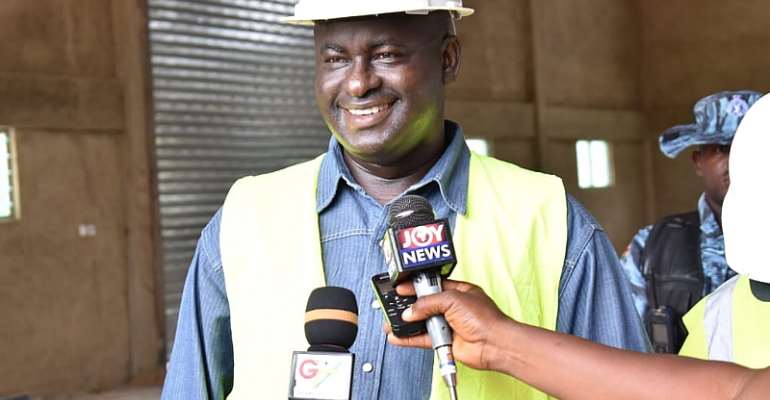 He said the results on the ground were testimonies that if the government continued to invest in the sector, farmers will reap the benefit of their labour.

The Regional Minister stated this at one of the planting for food and Jobs beneficiaries farm called GAP Ventures at Gwollu in the Sissala West District when he paid a working visit to some projects sites in some districts in the region to ascertain progress of work on those projects, which included the One-District-One-Warehouse, One-Village-One-Dam and some Planting for Food and Jobs Farms.

He was accompanied by the Upper West Regional Director of the Department of Agriculture, Mr Emmanuel Sasu Yeboah and other stakeholders.

Dr Bin Salih noted that agriculture was the backbone of the people of the region and reiterated government’s commitment to invest in the sector for the betterment of farmers.

At one of the One-Village-One-Dam projects site at Zakpayiri in the Jirapa Municipal, Dr Bin Salih urged the chiefs and people of the community not to farm close to the dam as that could shorten the lifespan of the facility which was to serve as source of water for livestock and for dry season farming.

On his part, the Upper West Regional Director of the Department of Agriculture, Mr Emmanuel Sasu Yeboah, reaffirmed government’s commitment to improving the sector through supporting extension officers to educated farmers on good agricultural practices.

“One of our main objective is to provide education to farmers and fortunately, there is also a project we call Modernising Agriculture in Ghana that is giving support to agricultural Extension Officers to be able to move out and educate farmers on their farming practices”, he explained.

He said government had also strengthen the staff capacity of the department and provided the needed logistics to enable them to further improve their support to farmers.