FESOJ condemns the new waves of media suppression in Somaliland 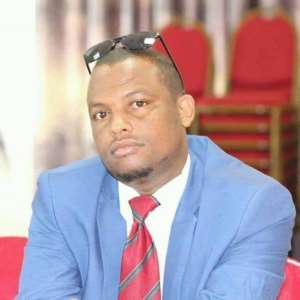 Mogadishu- Thursday 12 September, 2019 - Federation of Somali Journalists (FESOJ) is appalled by the latest wave of Somaliland’s ongoing crackdown on the media after arbitrary arrest of Editor in Chief of Hadhwanaag news website Abdikani Abdullahi Ahmed known as “Asbaro” and the ban of Hadhwanaag website to freely operate in Somaliland on Wednesday night around 11:00 PM local time in Hargeisa,Somaliand.

Still it is not fully clear the reason behind the arrest of Mr Abdikani , but there was a court order from Marood Jeh Regional Court on September 3, which was banned Hadhwanaag's website from operating in Somaliland, and ordering all private internet service providers to block the Hadhwanaag website.

.
"We express our deep concern at the deterioration of the press freedom situation in Somaliland. Outspoken journalists and independent news websites publishers continue to be attacked, threatened and intimidated. Independent media houses are also being pressurized with strict censorship which is unacceptable,” Mohamed Ibrahim Moalimuu FESOJ General Secretary said.

Moalimuu calls on Somaliland authority to immediately and unconditionally lift the ban to Hadhwanaag news website and release the arrested journalists in Somaliland.

Journalist Abdikani Abdullahi Ahmed (Asbaro) becomes the second journalist detained by the Somaliland police only in this week, and Somaliland shut down Horyal24 TV on Friday evening, 6 September and subsequent arbitrary arrested the TV’s Director, Mr. Mohamed Osman Mire on Saturday morning who he still detained in Hargeysa.

On September 9, Somaliland government imposes restrictive measures and censorship to all independent TV stations by ordering to prioritize Somaliland current news instead of other news updates in Somalia and also other parts of the continent The draconian order will take into effect within coming week according to official letter from Minstry of Information.

Somaliland government has recently been accused of muzzling the freedom of the press where journalists are arrested on regular basis without following the legal procedures. Many media houses that were critical to the govt have been shut down without honoring the laws of the country. Media associations have expressed their concern over the deteriorating situation of Somaliland freedom of the press