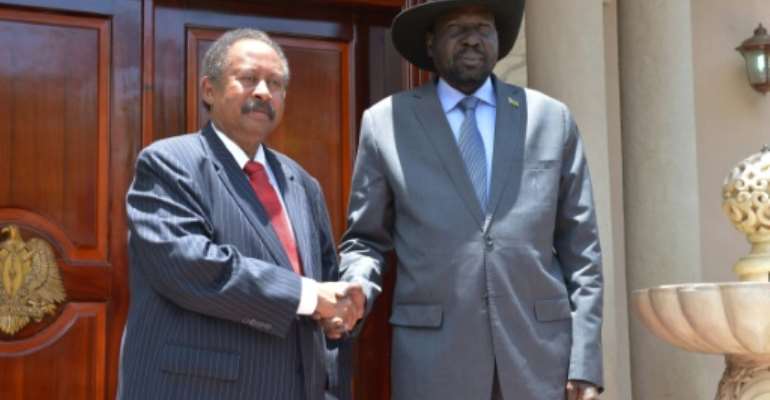 War is "no longer an option" for Sudan and South Sudan, their leaders agreed Thursday during talks which focused on border disputes and the oil trade, but also resolving protracted conflicts in both nations.

"I am very delighted to be here in my second home, Juba. We are looking for a very strategic, very distinguished relationship between our two nations, and the sky is the limit for this relationship," Hamdok said upon his arrival.

After the two-hour meeting, South Sudan's Foreign Minister Awut Deng said the two leaders had discussed issues that had never been resolved under the 2005 peace deal that ended two decades of war with Khartoum and paved the way to South Sudan's independence in 2011.

This includes the demarcation of the border between the two nations, trade issues and the movement of citizens.

"I think the time has come for us in the two countries to silence the guns. War is no more an option for our people. We need to have peace, and sustainable peace in our two countries," said Deng.

"We can only do this in an environment where all of us have agreed to come out with a road map and work for peace."

South Sudan plunged into its own war two years after independence that has left almost 400,000 dead and displaced millions.

Tensions have also remained high between Khartoum and Juba over border disputes and the oil trade, however the two nations are increasingly moving to normalise ties.

"We are brothers and sisters. We have been one country and now we are two countries but we are still one nation and we hope to develop our relations," said Sudan's Foreign Minister Asma Mohamed Abdalla.

Analysts say the two nations have been pushed together by the grinding war in South Sudan -- which has defied several peace attempts -- and an economic crisis in Sudan, which was hard-hit by the collapse of the south's oil industry.

The worsening economic crisis sparked nationwide protests that triggered the fall of Bashir. 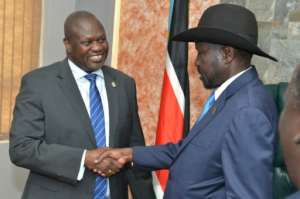 One of Bashir's last moves before his ouster was to broker a peace deal between Kiir and his rival, rebel leader Riek Machar, at a time when much of the world had wearied of trying to solve the crisis.

However the 2018 peace deal has stalled as Sudan has been roiled by its own crises in recent months.

Observers are anxious to see if Khartoum's new government will push Kiir and Machar to advance on the implementation of the deal.

The two men met this week in Juba for the first time in five months, with a power-sharing government meant to be set up by November.

In a further sign of rapprochement between the two countries, Kiir offered in 2018 to mediate peace talks between Khartoum and rebels in the Blue Nile, South Kordofan and Darfur conflict zones. 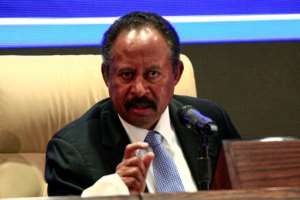 The Blue Nile and South Kordofan fought alongside the south for independence, however were left north of the border in 2011 and have continued their own insurgency against Khartoum.

Rebels in Darfur also waged a long war over marginalisation in the western region.

Hamdok has vowed to end these conflicts which have left thousands dead and millions displaced.

This week armed groups from those areas held talks in Juba which ended Wednesday in the signing of a deal on "pre-negotiation principles" with Khartoum.

"We assure them and the people of Sudan in general that all the suffering and the killing and marginalisation will end," said General Mohamed Hamdan Daglo, deputy chairman of the Sudan Sovereign Council.

Gov't sets up committee to ensure vaccine development in Gha...
4 minutes ago