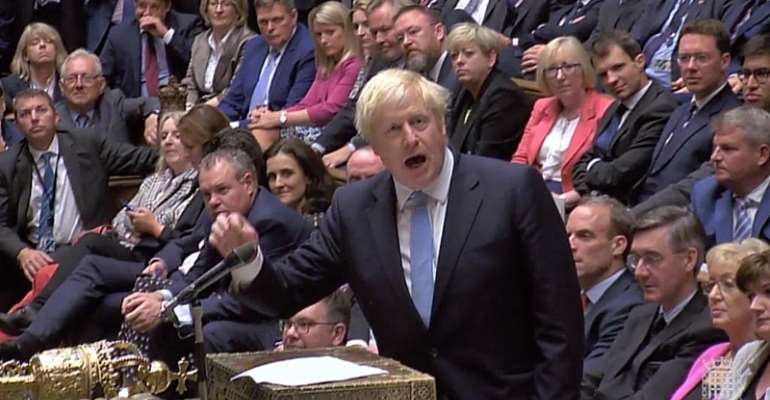 The six-page classified document detailing the British government's 'worst-case scenario' after a no deal Brexit on 31 October, including riots, food and medicine shortages and transport gridlock is not likely to happen, government officials said on Thursday.

"We are spending the money on doing lots of things to mitigate those assumptions," said Defense Secretary Ben Wallace.

The document, also known as 'Operation Yellowhammer', the code name for Brexit preparations, was released to the public late Wednesday night after lawmakers voted to have it published.

The document points out that freight trucks moving between Calais and Dover would drop by 40 to 60 percent within a day of no-deal Brexit with delays to cross of up to two-and-a-half days, affecting certain fresh foods, and essential medicines. This disruption could last up to three months, according to the document, and would affect prices of goods, resulting in the poorest suffering the most from this crisis.

"There is a risk that panic buying will cause or exacerbate food supply disruption," according to the document.

Opposition politicians and even rebel members of Prime Minister Boris Johnson's cabinet have decried a no-deal Brexit, with some calling the idea “reckless.”

The Yellowhammer paper warned that "public and business readiness ...will remain at a low level... because of the absence of a clear decision on the form of EU exit."

Johnson said that this is not where the country intends to end up in the case of a no-deal Brexit, as he said Thursday he was “working very hard” to ink a new deal with the European Union.

Britain envoy to the EU David Frost has been in various talks with EU officials in Brussels, but nothing concrete has reportedly emerged from the meetings.

"We are still ready to examine objectively any concrete and legally operational proposals from the UK," said Michel Barnier, the EU chief Brexit negotiator.

Meanwhile lawmakers have tried to stymie Johnson's no-deal plans – they passed a law that forces the government to seek a three-month delay if no deal has been reached by late next month, they voted to have the Yellowhammer document made public, and they voted down Johnson's call for a snap election.

But Johnson suspended Parliament for five weeks until 14 October, just two weeks before the EU-imposed deadline, which angered MPs. Some have even posed legal challenges to the suspension.

While a Scottish court ruled earlier this week that his decision to suspend parliament was unlawful, a Belfast judge said that the claims no-deal Brexit would harm the Northern Ireland peace process was a political issue, not a legal one.

The UK Supreme will consider next week if the shutdown was unlawful.