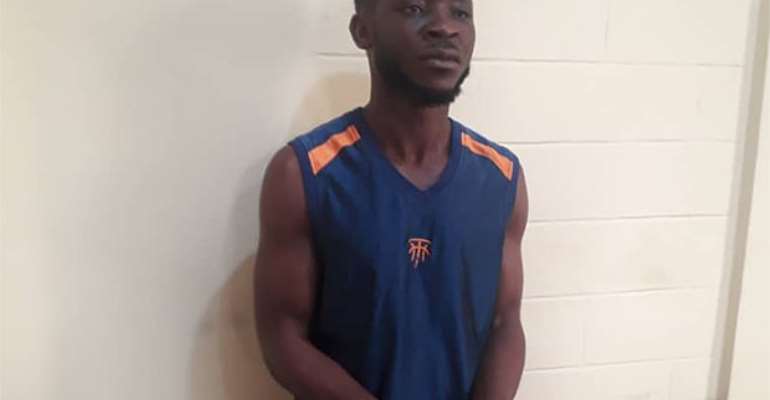 A 26-year-old man, Akwasi Boateng, has been slapped with a jail term after admitting to a robbery during which the victim’s middle finger was slashed with a knife.

The weapon, he later held to her throat.

The convict, a resident of Dunkirk in Kumasi, pleaded guilty to the robbery on the street of Bompata near the Dunkirk lorry station on August 26, 2019 at about 10:30 pm.

He accordingly dispossessed the victim of her mobile phone and cash of GH¢1,100.

At Kumasi Circuit Court 2, Akwasi Boateng was sentenced to 21 years imprisonment in hard labour for robbery and causing unlawful body harm to the victim, a trader at the Dunkirk cargo station.

A co-defendant, 20-year-old Emmanuel Mensah, is still on trial for offences related to the incident.

Emmanuel Mensah was apprehended and sent to the Zongo police station after he was traced to his hideout at Dunkirk, few days after the robbery incident.

He was found in possession of the victim’s mobile phone at the time of his arrest, using his whatsapp account.

Upon his arrest, Mensah mentioned convict Akwasi Boateng as the person whom he had received the phone from, which development led to his arrest on the same day.

He was charged and arraigned thereof after police investigation.