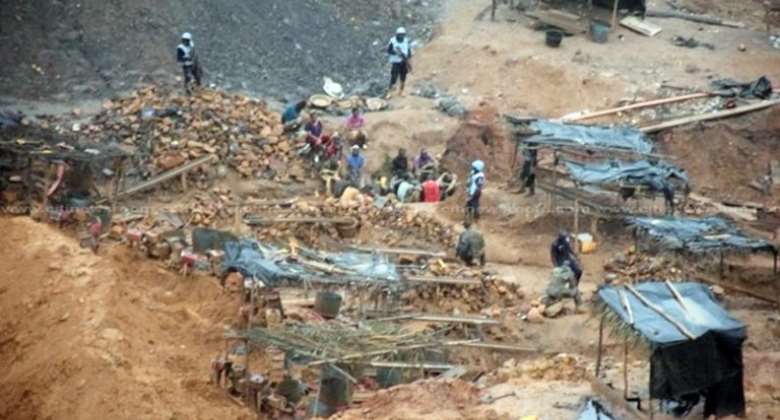 He said this at a meet the press conference in Accra on Wednesday.

Speaking in an interview on Eyewitness News, the Minister attributed the recent success in the fight against 'galamsey' to the efforts of the government which include the deployment of military personnel across a number of mining sites owned by large-scale mining companies as well small-scale artisanal miners.

“Practically when you walk around the areas, the report that we are getting from soldiers and security agencies we have deployed in the various districts show that most of such activities that were being done especially in the forest areas have been stopped,” he said.

“Comparatively, if you look at it today as compared to 2017 and 2018, you would see that illegal mining has reasonably come down. Those times when you stand at one end of a land, you will see people in dugged trenches all over. This is not the case now. An example is the Apramprama Forest Reserve,” he added.

He said despite the success, there is still a percentage of people on the ground who are still engaged in the activity.

“You know when the fight started, it was a war and as we speak today though we have a percentage on the ground that are still into illegal mining and we are still fighting, it has come down unlike when we came into power in 2017,” he said.

The fight against 'galamsey' has long been fought in Ghana but never won.

However, the current government stepped up its efforts at the start of April 2017, when it issued a three-week ultimatum to illegal gold miners operating in the country to either stop their activities or face prosecution.

The government also announced a six-month ban on illegal small-scale mining, arguing that this would afford it time to sanitize the industry.