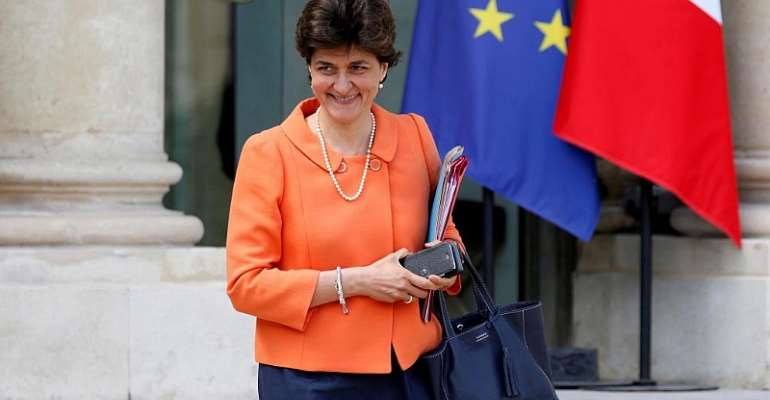 France's pick for the European Commission has been interviewed by police, shortly after she was given a powerful economic brief in the new EU executive.

Sylvie Goulard visited the offices of France's OCLCIFF anti-corruption force and gave a statement on Tuesday.

The former defence minister is being treated as a witness in an investigation into the allegedly fraudulent use of parliamentary assistants at the European Parliament.

The commissioner's former party, Modem, is being investigated in France.

Goulard recently reimbursed costs of 45,000 euros to the European parliament, where she was a member from 2009 to 2017.

Thérou was no longer working for Goulard between the end of her first term in 2013 and the beginning of the second in 2014 (the year of the European elections), but he continued to be paid a salary. Investigators are trying to establish what Thérou was doing during that period.

The 54-year-old mother of three became only the second woman to be appointed defence minister. But she stepped down in 2017 after just a few months in the job following the opening of an inquiry into the misuse of EU funds by Modem.

Goulard was named commissioner for the internal market on Tuesday, a post which will include a new "directorate general for the defence industry and space".