By The Royal Commonwealth Society 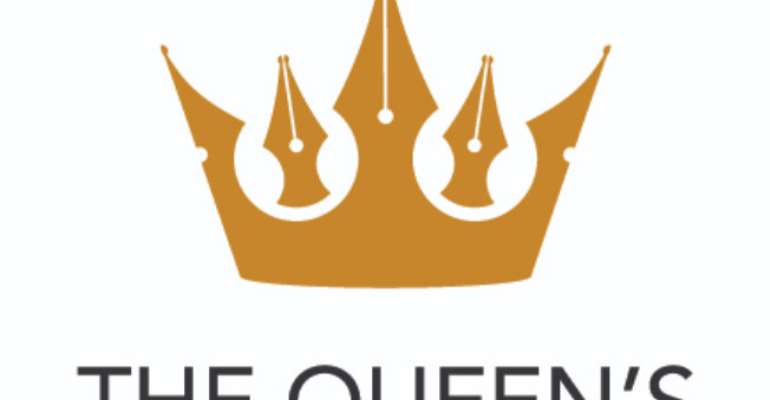 Their pieces were chosen from more than 11,000 entries from across the five regions of the Commonwealth. The competition is the world's oldest international schools' writing competition.

This year's Junior Winner Veronica Shen, 13, is from Singapore and in the Senior Category, the Winner is Catherine Wang, 15, from Canada.

Elise is a student of Ghana International School, where Her Royal Highness The Duchess of Cornwall launched the 2019 Competition in November 2018. This year's competition, on the theme 'A Connected Commonwealth' asked entrants to consider how they can work to use cultural, technological and environmental connections for positive change across the Commonwealth. Topics invited young people to consider the potential of the Commonwealth in strengthening the vast and varied links between citizens.

A Pan-Commonwealth body of more than 100 volunteer judges, drawn from across 40 different countries, assessed entries. Judges commented on the skill and talent shown by any of the young writers, with entries described as 'massively memorable' and 'very powerful'. Of the 140 pieces awarded Finalist Gold Award, 22 were from the Africa region, the highest number in recent years.

Ozoemena's story 'Hello' is the tale of two young people struggling with issues in their society and who do not feel truly appreciated for whom they are, told through direct messages on Twitter. From different countries and backgrounds, they find common ground and become friends. One Final Panel Judge described the piece as 'a shop window of how youth are speaking to each other today'.

Elise's praise song 'A place you feel connected to' is a vibrant, vivid celebration of her favourite elements of Ghanaian culture; a welcoming tale of food, dancing, clothing and the ties she feels to the country. Dr Diana Owen OBE, Director General of the Royal Over-Seas League and Chair of the Junior Final Panel, said of Elise's poem, 'A heartfelt hymn to Ghana, lively, bright, optimistic, playful and confident.'

These two aspiring young writers will be invited to attend an Awards Ceremony at Buckingham Palace where HRH The Duchess of Cornwall will present them with their certificates on behalf of Her Majesty The Queen, and notable authors will read extracts of the winning pieces. The ceremony will form part of a week of cultural and educational activities in London, UK.

An excerpt from Ozoemena's story:

I am, I mean, it's just there are so many things I want to change.
So many things that shouldn't be the way they are.

Does it all ever feel a bit...surreal?

I guess you could say that
What's 'it'?

The fact that we feel the need to fix problems that aren't ours.
I mean, we're not politicians.

But we are people, you know. We have as much right to our
town, cities, countries and every large or small space we
occupy as much as any politician odes, and so we have as

I guess I can see the sense in that, when you put it that way.

Ozoemena entered the Competition because ''the prompts really inspired me to think about the world and my place in it, and what I can do to make it better''. On being named Senior Runner-up, she said ''it's really encouraging. It feels really good to know that my portrayal of issues that I view as important was able to come through to people and hopefully make them feel something.''

An excerpt from Elise's poem: The colour we wear / soft silky scarfs tied to our heads / Beautiful beads cascades down my neck / added to it gold jewellery shining in the sun/kente regally clothed our bodies / decorated slippers holding our feet / now we walk in slow majestic steps.

When Elise was informed of her success she felt ''very excited, surprised and very happy!''

Dr Linda Yueh, Chief Executive Officer of The Royal Commonwealth Society said, 'I am delighted to see so many young people from all across the Commonwealth engaging with this unique opportunity and sharing their thoughts and ideas on important issues through creative writing. This year's entries were incredibly well written, on a wide range of topics and in exciting and innovative styles – they were a joy to read. I look forward to welcoming the Winners to London and offer my heartfelt congratulations to all of this year's entrants'