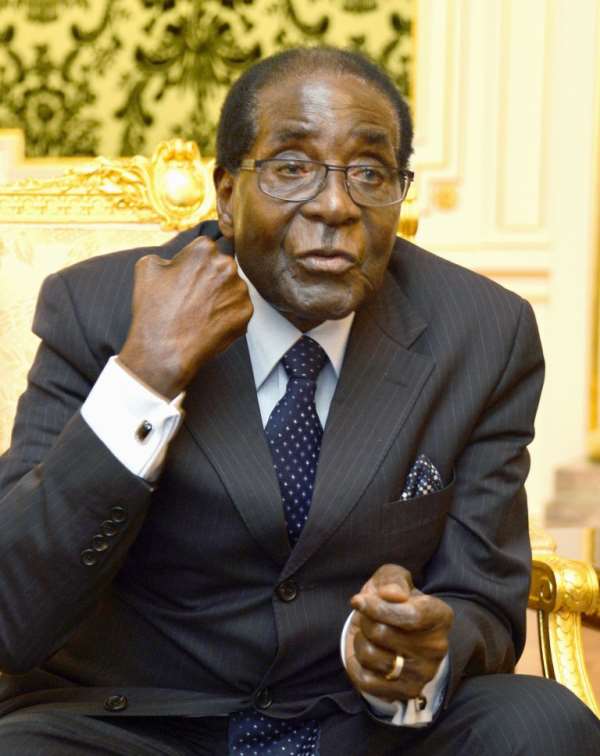 When Zimbabwe got her independence in a revolution led By Robert Mugabe in 1980, the country was considered the bread-basket of the African Continent due to a thriving agric sector

However, it was so because the predominantly white farmers used the black Zimbabweans and hence, even though the natives actively participated in the wealth creation, the money landed in the white man's pocket.

Beyond that, the idea that it was bread-basket of Africa was farfetched, it was the usual western propaganda to highlight a superiority. The whites controlled the large scale farming and so it was a way of legitimising their oppressive operation.

Commercial farmers in Zimbabwe did not mostly produce food for direct consumption, they produce tobacco and cotton than any other food crop. Tobacco cannot be bread.

In contrast, the local farmers who produced proper food had less than 30% of the land. If Zimbabwe was the bread-basket of Africa, or had such a potential, then that credit must have gone to the local people. Unless tobacco passes as bread

After independence, Mugabe embarked on a land reform program to revert land ownership back to the local people.

In summary, he took the land from 4500 white farmers and distributed it to over 170,000 families in Zimbabwe

To achieve this, he placed his global reputation on the line, accepted the cross of negative media framing and endless vilification. Unlike today's African leaders (most), who audition daily for the praise of the Western World, Mugabe remained headstrong and did what he deemed right for his people.

In retaliation, the west placed countless economic sanctions on the nation and used many others measures to cripple their economy. The agenda was to make the agenda fail, Zimbabwe fail and Mugabe fail.

IMP, World Bank, international donor agencies led by the US and ably backed by UK refused to advance credit to Zimbabwe, movement of foreign currencies into the country was also significantly reduced to further stifle Zimbabwe. Even NGOs cut support to poor farmers and focused on other areas aside the general decline in aid. There was import restrictions also and so farming inputs importation was significantly reduced.

The limited supply of currency also meant that the country could not import as much as they needed from neighbouring countries, they needed to import electricity but had to settle for less than they needed.

In 2009, 35 Quadrillion Zimbabwe Dollar was equivalent to 1 US Dollar.

In response, the government banned the US Dollar, the Chinese Yuan and other major currencies, introduced a new currency so have control. That hasn't helped because the country was importing almost everything and hence run out of local notes for transactions.

This is what made Zimbabwe a cashless society, they were forced by the absence of notes to do business electronically.

It was a deliberate orchestration to bring down his regime because he fought for his people.

Even though the people had the capacity to farm, they lacked the tools do so to their maximum capacity. In spite of all these, the average Zimbabwean's living standard is higher than it was when wealth was controlled by foreigners, people have their destinies in their own hands even in the prevailing circumstances.

But this is the bigger picture, Zimbabwe belongs to Zimbabweans. They may not be rich but they own their nation. In 100, 200, 300 years time when the country develops, they will come centuries back to appreciate the decision that led to the demonization of the man who stood for that cause

Gaddafi is not the devil he was made to be and crucified as a result of, how long did it take for Africa to realise this?

Read more about Idi Armin, forget about the Hollywood movie that presented him as a cannibal, he wasn't the devil you think you know.

Today, the target is Paul Kagame, watch Hotel Rwanda, read about the genocide which was largely the doing of the whites (will tell you that story some day) and look at the work Paul Kagame is doing now.

Today, he is the shinning example of why African must trust in her ability but what do you read from the international press? He is being vilified because he is serving the interest of his people. This is like an over used movies script but we are pretending it's something new and faking suspense

People like Mugabe and Zimbabwe, Gadhafi and Libya paid the price to bring Africa to the realisation that inward looking is the only way out but unfortunately, this generation of African Leaders who prefer to talk Dollars and pounds instead of their local currencies don't identify with this

Since Gaddafi was killed, the AU's dependence on foreign support is increasing, the organisation is 72% funded by external partners.

The current AU Headquarters was provided by China. How can such an organisation oversee to the Unity of Africa when those who benefit from us divided are the ones who fill the organisation's purse?

This is what people fought against at the peril of their lives. Unfortunately, everyday, we prove that they sacrificed in vain.

Why do you think the CIA contributed to the overthrow of Nkrumah?

In this piece, I refuse to dwell on the wrongs and perhaps evils of Mugabe because he spent all his life unfairly smeared with wrongs he never did, crimes he never committed and evils that never existed.

He deserves his praise unobstructed

Indeed, he was no angel, he made a lot mistakes, avoidable ones of cause, but one thing cannot he taken away from him: he stood for his people and never looked back.

He wasn’t scared of the barking, he accepted the cross, paid the price.

We have lost almost all that generation of African leaders with their vision far from being realized.

Today, we are in the worst form of colonisation, we have signed trade agreements that are crippling local industries.

We call it bilateral but more often than not, it's a one way street, from their ports to our ports, we clear what they produce and consume them. We have become their dumping site for second hand goods

They determine how much to buy our cocoa but we take their chocolate with no right to question their prices.

With all said and done, they use their media to set the agenda for us, tell us how to view our leaders and pain gloomy pictures about nations doing better with their absence.

Mugabe is just 'one of the demons' I chose to celebrate because his good exceeded his bad and he saw the bigger picture.

They fought for a one currency Africa for a reason, they understood the currency game and how the west manipulated it to their advantage.

But we prefer dealing with each other in dollars.