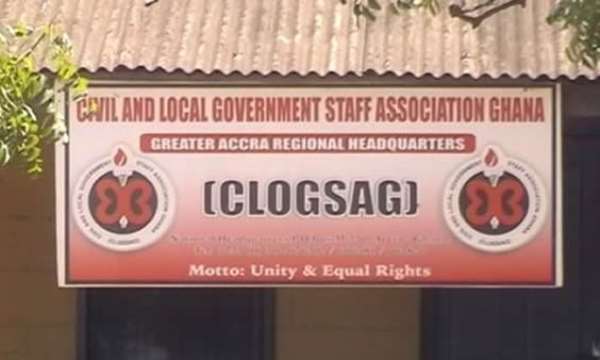 The Civil and Local Government Staff Association of Ghana (CLOGSAG), has warned against any move by government to derail the implementation of the three-tier pension scheme for its members which is scheduled to take off on January 1, 2020.

CLOGSAG is accusing the Ghana Trades Union Congress and Social Security and National Insurance Trust (SSNIT) of attempting to obstruct the implementation process.

Below is the full statement from CLOGSAG

STATEMENT BY THE NATIONAL EXECUTIVE COUNCIL (NEC) OF THE CIVIL AND LOCAL GOVERNMENT STAFF ASSOCIATION, GHANA (CLOGSAG) ON THE PROPOSED EXTENSION OF THE IMPLEMENTATION PERIOD FOR THE THREE TIER PENSION NATIONAL PENSIONS ACT, 2008(ACT 766) AS AMENDED

The National Executive Council (NEC) of the Civil and Local Government Staff Association, Ghana (CLOGSAG) met on Wednesday, 11th September, 2019 to discuss the attempt by the Ghana Trades Union Congress and Social Security and National Insurance Trust (SSNIT) to derail the implementation of the three-tier pension scheme which is scheduled to take off on January 1, 2020.

This position of the Ghana Trades Union Congress (GTUC) and Social Security and National Insurance Trust (SSNIT) is at variance with the directives of the President. In his 2019 May Day Address, the President of Ghana, Nana Addo Dankwa Akufo Addo stated:

“I acknowledge that there are unresolved issues with the Social Security and National Insurance Trust (SSNIT) and the NPRA.

It is important to note the facts stated below namely:

CLOGSAG would wish that the ongoing discussions relating to past credit and data on the transfer of Temporary Pensions Fund Account (TPFA) funds should be expeditiously dealt with.

The computation of the past credits being held by SSNIT that should appear on individual statement should be based on the individuals contributions plus interest calculated using 100% Treasury Bill Rate compounded quarterly from the date of employment to date.

Data on the contribution of individuals to the TPFA and interest accrued at 100% Treasury Bill rate compounded quarterly should be made available to the schemes immediately.

CLOGSAG is serving notice that if within two (2) weeks the issues raised are not adequately resolved, it would be compelled to embark on a nationwide strike to back its demands.

Bawumia calls for greater unity, cooperation between Muslims...
54 minutes ago