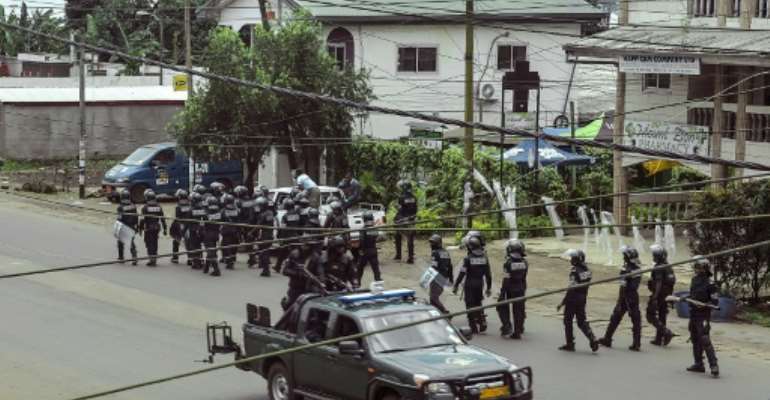 President Paul Biya's call for dialogue on the separatist crisis in Cameroon's two anglophone regions was given a cautious welcome on Wednesday by some, although several separatist leaders swiftly and bluntly rejected it.

The 86-year-old president, apparently softening his stance, said he would convene a "major national dialogue" later this month.

It will "examine the ways and means to respond to the deeply-held aspirations of the populations in the Northwest and Southwest regions but also in all the other component parts of our great nation," Biya said in a TV address late Tuesday.

His announcement came ahead of the second anniversary of the declaration of the "Republic of Ambazonia" -- the self-proclaimed breakaway state for the two English-speaking regions where separatists have launched an armed campaign for independence from the majority French-speaking state.

More than 2,000 people have died, according to the International Crisis Group (ICG) thinktank, while the UN says at least half a million have fled their homes. The cost to Cameroon's economy, meanwhile, is mounting.

In a statement, the UN said Secretary General Antonio Guterres "welcomes the announcement" and "reiterates the readiness of the United Nations to support the dialogue process."

"All Cameroonian stakeholders" should participate, it said.

But many commentators said that if Biya's overture is genuine, it will have little chance of headway so long as breakaway leaders remain behind bars or in exile.

In May, Biya's prime minister had already said the government was willing to host a dialogue with the separatists.

Yet three months later, separatist leader Julius Ayuk Tabe was sentenced to life in prison along with nine of his supporters -- a move that made the prospect of peace seem even more remote. 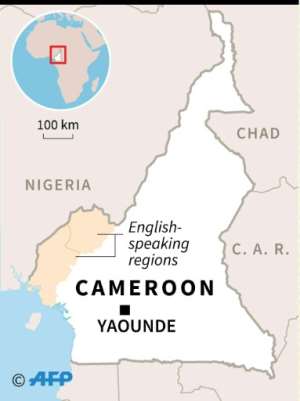 Cameroon's English-speaking regions are a legacy from the colonial era. By (AFP)

It would include members of political groups, civil society and religious groups, as well as representatives of the armed forces and armed rebel groups, according to the announcement.

"The call for an all inclusive dialogue is very appreciated," the lawyer said in an interview with AFP.

But, he said, "the government should now allow anglophones of various political thought to mobilise, organise themselves and take part without fear of arrest or other punishment for their ideas."

In the Southwest Region's capital Buea, prominent local campaigner Blaise Chamango said the hosting of a dialogue was "something that people have been asking for for a long time."

But he also pointed to a radicalisation of the pro-independence movement over the last three years, after Biya rejected more moderate demands for autonomy or a federal state.

"The separatists have become more radical, and everything that Yaounde (the government) puts forward is seen as a poisoned chalice."

Peace would be impossible if the separatists are not given a seat at the table, he suggested.

Biya's offer was notably given an immediate thumbs-down by several separatist groups, gathered in an association called the South Cameroon Liberation Movement.

"We will not allow him to use a circus like this to lure the international community," it said, calling on Biya to withdraw all troops and government officials from the two anglophone regions.

"We will not be party to any national dialogue. The period for dialogue died a long time ago," Ebenezer Akwanga, a separatist leader, told AFP from the United States.

"We want a comprehensive negotiated settlement on the terms of separation. We will settle for nothing less!" 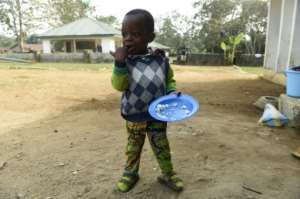 Upheaval in the two anglophone regions has also triggered a humanitarian crisis -- half a million people have fled their homes, thousands of them to neighbouring Nigeria. By PIUS UTOMI EKPEI (AFP)

English speakers -- who make up roughly one fifth of Cameroon's 24 million inhabitants -- mostly live in the two regions that were formerly a British colony until they were folded into post-independence Cameroon in 1961.

Anger at perceived discrimination by francophones against anglophones in justice, education and the economy has built for years.

Cameroonian newspapers that are sympathetic to the opposition also questioned the point of the exercise -- "a dialogue with ghosts," said one headline.

Biya, in his speech, made no reference to releasing jailed leaders, although he reiterated an offer to a "pardon" any separatists who voluntarily lay down their arms.

Those who refuse to do so will face "the full force of the law" and of the country's security and defence forces, he warned.