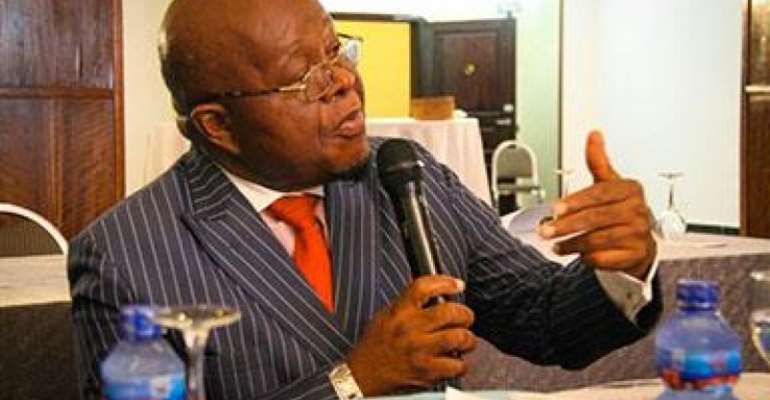 Speaker of Parliament, Prof. Aaron Mike Oquaye, has lambasted the Netherlands Ambassador to Ghana, Ron Striker, for his recent cynical question on the Ghana Beyond Aid agenda of the President Akufo-Addo’s administration.

Speaking recently at a public forum in Accra, the Dutch envoy questioned the Ghanaian government why it is pursuing a policy of “Ghana beyond aid” and not “Ghana beyond corruption”.

Some opponents or critics of the Akufo-Addo administration sort to make political capital of the Ambassador’s question.

But in his remarks at the 4th Africa Network of Parliamentary Budget Officers held at the Conference Room of the Ghana's Parliament in Accra on Monday, 9th September 2019, Prof. Oquaye took a serious swipe at the Ambassador’s question.

He said the question was ill-informed, misplaced and woefully unbefitting a diplomat of a friendly nation.

According to the Speaker, the Ambassador essentially attempted to ridicule unmeritoriously President Akufo-Addo’s concept of Ghana Beyond Aid.

He explained that what the President has conceptualised was for the entire African continent and should be embraced.

His call is also a paradigm shift for a partnership which will allow promotion and protection for our new industries from the dumping of cheap products from other developed nations, as dictated by current World Trade Organisation (W.T.O.) arrangements.

He echoed: “No nation in the world industrialised without protectionist strategies. Now Africa is being asked to do so. Our President wants a genuine partnership to wean us out of this dilemma. And of course, it is clear that certain colonial powers are against this. Period!”

He charged the Africans assembled to re-think deeply on these.

The Speaker emphasised that a Ghana Beyond Aid is coterminous with A Ghana Against Corruption.

He pointed out several policy measures including the Procurement Act, Abolition of the Criminal Libel Law etc initiated by this President when he was once Attorney-General.

Currently, the Law on Public Prosecutor, the Right to Information and others which the President has led in passing, imposes sanctions against corrupt officials etc.