Eye on France: Parenthood for everyone? 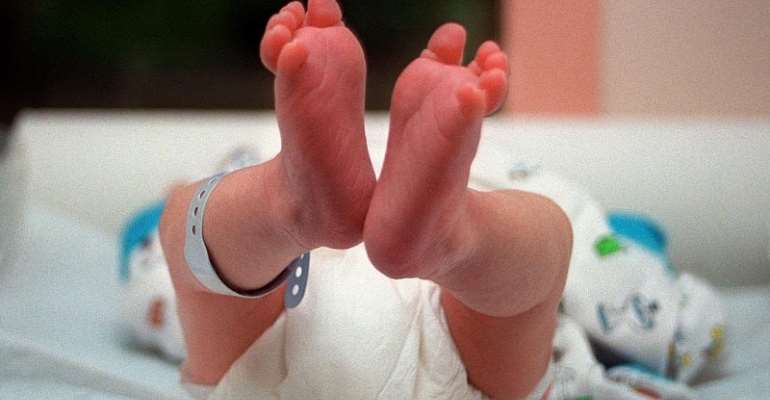 The right-wing paper Le Figaro today devotes a lot of space to questions raised by the so-called bioethics law, which is due for full debate in the French National Assembly in two weeks' time. It's not an easy subject.

To say the bill is, at the very least, divisive, is an understatement. This is legislation with something to annoy nearly everyone.

Le Figaro's readers are certainly annoyed.
Of the 130 thousand people who had voted by noon in this morning's Figaro opinion poll, 70 percent were against. And that is more than twice the normal number of votes cast in the daily poll. The question . . . “Are you in favour of the recognition of the kinship of children born as a result of surrogate motherhood in a foreign country” . . . is virtually incomprehensible. Whatever it means, the good folk who read Le Figaro are predominantly against.

Needless to say, there's something deeply and simply human behind the jargon: the desire of many human beings to have a child. The government's argument is that, since medical technology now makes this possible in a bewildering number of ways, we'd be as well to have clear legal guidelines before we all go off and become our own grandmothers.

Surrogate motherhood is already illegal in France. You can, indeed, if you are wealthy enough, have one of your wife's or girlfriend's eggs (or one from a complete stranger) artificially fertilized with your own or another person's sperm, and that fertilised egg can them be inserted into your wife's or girlfriend's womb. If all goes well, you become a parent nine months later. What you cannot legally do is have another woman carry the fertilised egg for nine months, then hand over the baby at birth, in exchange for a cheque.

Massive government charm offensive
Le Figaro says the government is trying to reassure people that the proposed bioethics law will not make surrogate motherhood legal in France. No fewer than seven ministers were on the airwaves this morning, all singing from the same reassuring hymnsheet. The message is, fear not, the new law is simply intended to integrate decisions already established by the courts, to make sure there is no ambiguity.

What the new legislation WILL do is clarify the position of children born to surrogate mothers outside France, on behalf of French families. There is no question that motherhood is going to become a merchandise, said the justice minister this morning.

However, medically-assisted parenthood . . . that's the fertilisation and implantation part of the business . . . is and will remain legal. But even that's too much for some people. Notably Catholics, who know where babies come from, and want the legislators to keep their boots out of the cabbage patch.

The Catholic bishops met earlier this week to deplore a government project which, they say, will oblige non-homosexual couples to recognise parenthood in the same way as currently applies to homosexual couples.

That's a lot of no-nos for the average bishop. Kinship can never be reduced to a simple matter of administration, say the men in the pointy hats. This is a decisive moment in the evolution of French society, for the bishops, and they have called on the faithful to get out on the streets to make their voices heard. October 6 is the date for a family protest against the proposed law, if you want to make a note.

Bishops at the barricades?
The bishops themselves won't be protesting, but Marion Maréchal Le Pen will be. She, for long associated with the extreme right-wing National Front party founded by her grandfather, has already unsuccessfully demonstrated against homosexual marriage. She objects to what she calls “the stupid obligation to be modern” which is, apparently, the driving force behind much current social legislation.

Homosexual couples have no right to become parents, according to Mrs Maréchal. Nor have they the right to turn women's bodies into consumables, nor deprive children of the right to a father.

First, she continues, we'll have lesbian couples with children. Then it'll spread to male homosexuals. It's another backward step for humankind, she says.

The debate will be heated, warns Le Figaro. And the abyss which it will open in human terms is practically bottomless.