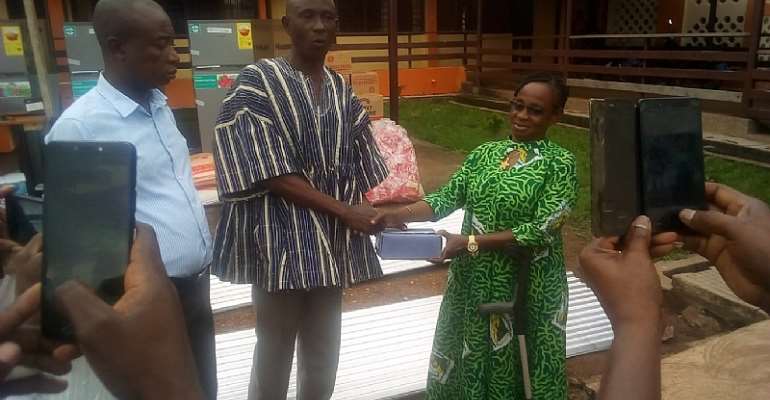 The Berekum East Municipal Assembly has handed over start-up kits to thirty-three people with Disabilities in the Municipality.

Handing over the items to beneficiaries, the Municipal Chief Executive for Berekum East, Mr. Kofi Adjei said the government was committed to improving the welfare and livelihoods of all Ghanaians including People Living with Disabilities in the Berekum East Municipality.

He advised beneficiaries to put the items to good use and save proceeds from the businesses they operate in order to maintain their lives and families.

The Municipality Chief executive added that government took the decision to procure and distribute start-up kits to beneficiaries instead of cash to ensure that beneficiaries have something to live on.

This is the second time the Berekum Municipal Assembly has presented items to People with Disabilities in the Municipality with the first one benefiting seventy-seven people.

Covid-19 Lockdown: Jubilee House Empty As Workers Told To Wo...
41 minutes ago

Lockdown: ‘Stop Choking Market To Stock Up Food, We’re Not ...
43 minutes ago