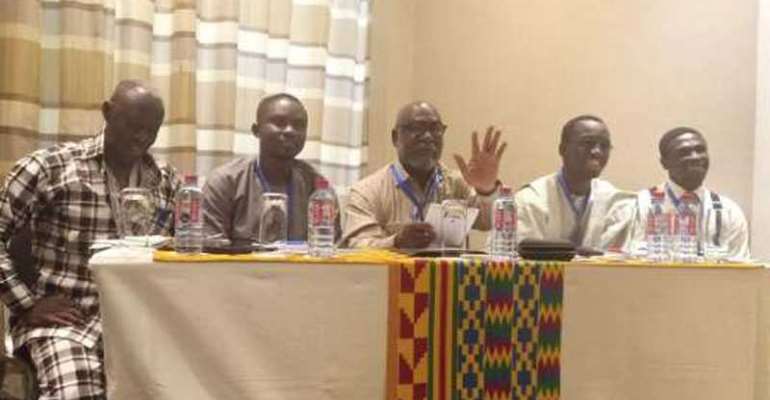 Discussants at the Kofi Annan Peace and Security Forum have appealed to African countries to enact legislations and policies to regulate the use of new media, such as facebook and instagram by violent extremist groups.

They were of the view that violent extremist groups usually have their websites and social media platforms through which they publish messages, and recommend that legislations could made, which would require technology companies like google and facebook to take down any terrorists related contents and to shut such sites down.

The discussants, who spoke on the topic "The Role of the Media in Combating Violent Extremism", noted that, social media platforms were being used by violent extremist groups to recruit young people.

The Kofi Annan Peace and Security Forum, which is the Centre's flagship annual event designed to bring together political leaders, diplomats and experts to dialogue and share ideas on the most critical evolving peace and security trends on the African continent.

The two-day forum, which was organised by the KAIPTC with funding support from Germany and Norway was on the theme "Peace Operations in the Context of Violent Extremism in Africa."

The forum also seeks to deepen the collaboration between KAIPTC and international organisations such as the United Nations, African Union, Regional Economic Communities, Governments, development partners, civil society organisations and the business community.

"The symbolic relationship manifest in such a way that, on one hand, while the media provides the 'oxygen of publicity' to the violent extremist groups by helping them to attract attention and spread terror messages, the violent extremist groups provide the media with the emotional, sensational, exciting and bloody news which helps them sell their products or get more 'clicks' or 'likes' on facebook, twitter and youtube".

Dr Aubyn noted that without the media platforms, the propaganda messages and attacks of violent extremist groups would arguably be confined to the immediate victim(s), rather than reaching a wider 'target audience' which was the aim of the violent extremists group.

Col Atintande said the United Nations had come to agree that media was very essential in peace operations, adding that, in all UN peacekeeping operations; the local media was being strengthened to provide accurate information to the citizenry.

He noted that a strong and vibrant local media would provide a voice for everybody.

Mr Oumarou said the normal day to day activities of the media could themselves be an agenda for fighting violent extremism in society.

Mr Darko called for regular training programmes for the media on violent extremism and terrorism.