Bumpy ride for Mali as protests persist over bad roads 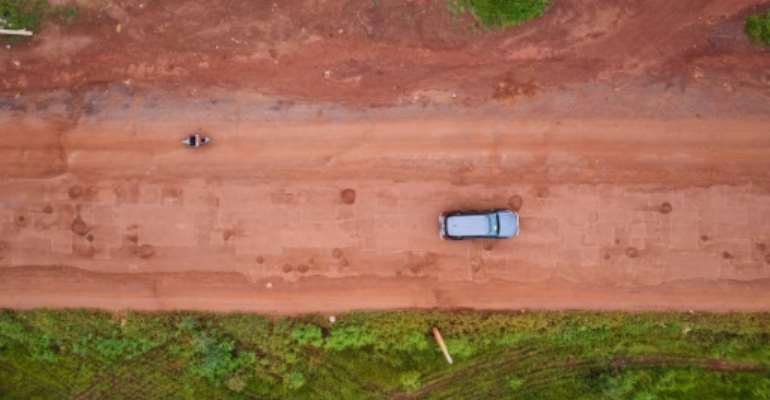 The miserable state of the roads in Mali has sparked protests by angry residents demanding better infrastructure. By MICHELE CATTANI (AFP/File)

Like many of his fellow Malians, Ousmane Maiga used to drive regularly between Gao, in the north of the country, and the capital Bamako.

Today, he baulks at doing the once-familiar trip. For one thing, there is the threat from jihadists -- and then there is the state of the roads, which are catastrophically bad.

"The road is so damaged that most people have to go via Burkina Faso and Niger, where they have to pay extra taxes."

The activist belongs to one of around 60 civil society groups in Gao, which on Wednesday were scheduled to stage protests demanding action to tackle Mali's roads problem.

In the vast northern region -- twice the size of Sweden -- one of the only tarred highways is the RN16 linking Gao to the central town of Sevare.

But much of the region remains chronically unstable and since 2015 violence has spread to the centre of the country, an ethnic mosaic.

Several construction projects launched in recent years with the help of international funding had to be temporarily suspended due to security threats, particularly in the country's north and centre.

Mali's roads have suffered from bad weather, a lack of state services and alleged widespread corruption. By MICHELE CATTANI (AFP/File)

Apart from the constant threat of jihadists and armed militias, Mali's infrastructure has also suffered from bad weather, a lack of state services and alleged widespread corruption.

At the other end of the country, demonstrators in the southern city of Kayes won a symbolic victory in late August after blocking thousands of trucks from transporting their merchandise across the main bridge into neighbouring Senegal.

The protests, which spread to other parts including Bamako, interrupted a key part of Mali's trade and prompted Prime Minister Boubou Cisse to visit the region.

After driving along Kayes's dilapidated roads, the premier -- in power since April -- vowed his government would release emergency funds worth 7.5 million euros ($8.2 million) and restart construction works on the Kayes-Bamako axis.

However, the announcement angered residents in Mali's north who often feel ignored by Bamako, especially after rumours started to spread that a company charged with building a new road in Timbuktu had been diverted to the Kayes region -- a claim the government denies.

Since last weekend, hundreds of young people have been blocking access to the airport of Timbuktu, a UNESCO world heritage site, as part of a protest calling for better infrastructure and improved security.

They also managed to halt water traffic to the country's centre and south for three days.

Seized rosewood to be used for National Cathedral constructi...
54 minutes ago

Anti-LGBTQ bill gazetted, to be laid for first reading on Mo...
59 minutes ago