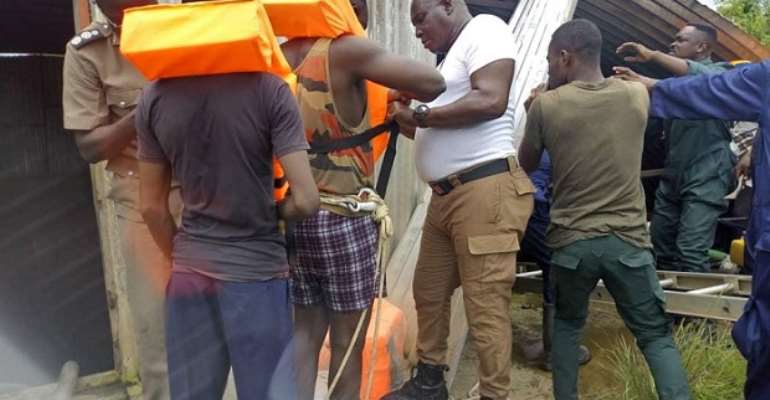 Efforts underway to recover the body

A 45-year-old woman identified as Maame Adwoa, slipped and fell into a community reservoir when she attempted to fetch water leading to her death at Anomabo.

He said his outfit together with the Ghana National Fire Service (GNFS) received a distress call at about 7am on Thursday and rushed to the scene only to find the woman dead in the reservoir which was filled to capacity.

It took the rescue team close to seven hours to retrieve the body which has been deposited at the Saltpond Government Hospital, pending autopsy.

Mr Kenneth Kelly Essuman, the Mfantseman Municipal Chief Executive and Mr John Amarlai Amartey, Regional Commander of the GNFS, were at the scene and sympathised with the bereaved family.

The deceased left five children behind.