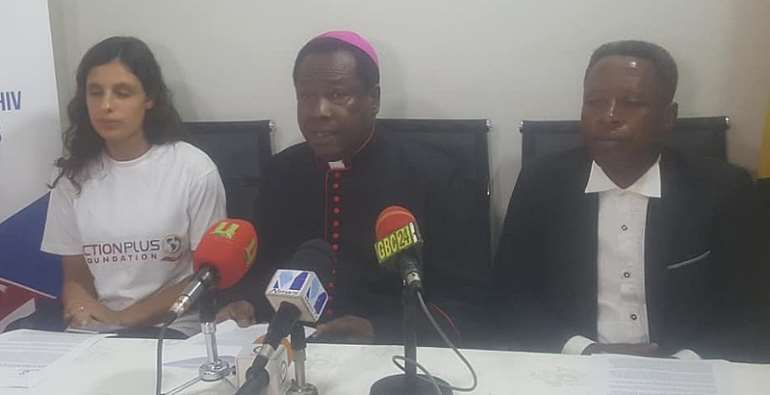 ACTIONPLUS FOUNDATION, a Non-Governmental Organisation (NGO) has called on government through the Ghana AIDS Commission to step up its campaign efforts against the spread of the HIV/AIDS disease.

The foundation said it had observed that there is silence in the HIV/AIDS education and campaign in the country, describing it as 'dangerous'.

According to Actionplus, creating awareness about HIV could help people take 'positive precautions' in order to prevent themselves from contracting the virus.

They have therefore called on government through the Ghana AIDS Commission- to revive its 'large-scale battle' that aims to promote public awareness about HIV/AIDS.

Addressing a news conference in Tema, the Chief Executive Officer (CEO) of Actionplus Foundation, Apostle Fred Annin, said that although some successes had been chalked, there appear to be a decline in HIV awareness programmes and there is the need to do more in the fight against the deadly disease.

“With our experience in the HIV/AIDS campaign over the years we have found out that when people hear about HIV they become aware that HIV is still with us and therefore take positive precautions in order to prevent them from acquiring the virus. We at Actionplus have noticed that there is silence on the HIV/AIDS campaign in the country.

He said “our concern as an advocacy group is that if care is not taken, Ghana might relapse into a high prevalence rate. We wish to draw government's attention to the need to invest in the campaign and education of HIV/AIDS. This is the only way to reduce the incidence of the prevalence of HIV. The silence of HIV prevention campaign these days is very alarming and this is the new danger facing us as humans as much as HIV is concerned.”

He called on stakeholders and other relevant organisations to work together to ensure that Ghana achieves the UNAIDS 2030 target of ending the HIV/AIDS menace.

Yasmin Dunkley, Country Partner of Actionplus Foundation from the United Kingdom, appealed to persons who do not know their status to test, since there is so much information and technology innovation available to end HIV transmission.