Drivers To Get Mandatory Training – Minister 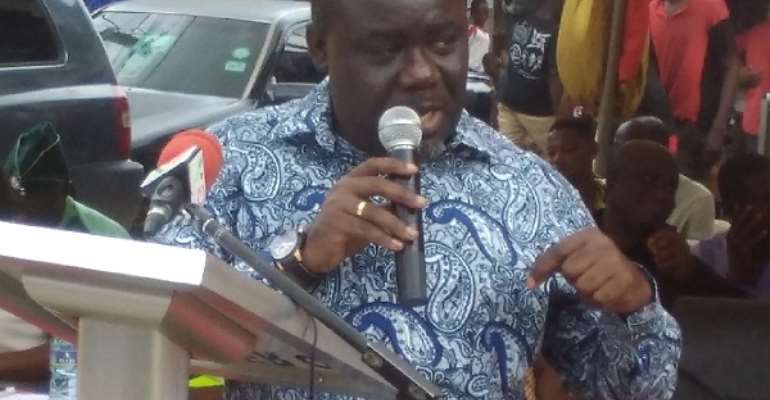 There will be an annual mandatory refresher training for drivers in the country, the Minister of Transport, Kwaku Ofori Asiamah has said.

He noted the move is part of measures to improve road safety.

The move comes as figures suggest drivers are not abiding by regulations on road safety, including driving tired- asserting that drivers have a duty not to drive tired.

Speaking during an interaction with transport operators in Kumasi, Mr Asiamah hinted of sanctions against recalcitrant drivers who fail to attend the refresher training programme, where they will be issued certificate of participation.

He advised all drivers to take breaks every two hours on long journeys to avoid tiredness, which eventually leads to crashes on the road.

The interaction session was attended by members of Ghana Private Roads and Transport Union (GPRTU), staff of Road Safety Authority and Drivers and Vehicles License Authority (DVLA) as well as officers of the Motor Traffic and Transport Department of the Ghana Police Service.

The Minister assured the transport operators of government's continuous commitment to deepen collaboration with them to ensure safety on the roads.

He appealed to them to help the ministry, get rid of drinking bar operators from lorry stations; as part of measures to address crashes on the road.

Executive Director of the Road Safety Authority, May Obiri-Yeboah, was worried about the increasing rate of accidents in the Ashanti Region.

According to her, between January and August this year the region recorded 296 deaths and 1,960 injuries through road crashes

She entreated all stakeholders in the region, particularly transport unions, to help strengthen the campaign against careless and reckless driving.

Chairman of the VIP Transport Limited, Yaw Amponsah Marfo also appealed to government to get rid of all faulty vehicles on road shoulders as they contribute greatly to crashes on the road.