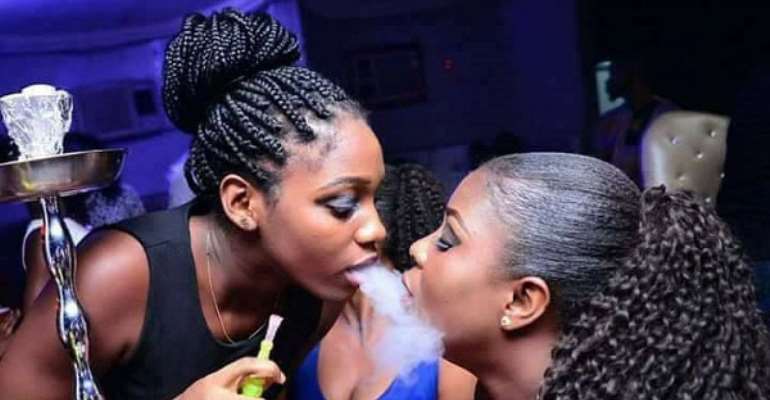 The Food & Drugs Authority (FDA) has cautioned the public against smoking shisha.

The Head of Tobacco & Substances of Abuse Department at the FDA, Dr. Olivia Agyekumwaa Boateng, stated that although shisha is one of the substances regulated by the FDA, it has numerous risk factors that are detrimental to the health of smokers.

The public, thus, ought to desist from smoking it, she advised.

Shisha is a mixture of fruit or molasses sugar through a bowl and hose or tube and identified as the single greatest cause of preventable premature death globally, according to research, yet its patronage by the youth in the country is high.

According to Dr. Boateng, the Public Health Act 851-2012 mandates the FDA to regulate shisha and other tobacco products.

She reiterated that shisha smokers are at risk of the same kinds of diseases cigarette smokers are exposed to, including heart diseases, cancer, respiratory diseases and pregnancy-related diseases.

Dr. Boateng, who gave the advice in an interview with Onua FM, said the authority had engaged the dealers to brand the product with captions that notify users of its health complications.

“We have also embarked on aggressive public education in schools across the country, including the tertiary to discredit the misconception that shisha is a safer form of smoking tobacco,” she explained.

Dr. Boateng, thus, advised the youth not to patronise shisha because of its pleasant flavour because it contains toxic substances that are detrimental to health.

She likewise urged parents to keenly monitor the movement of their children to help prevent them from engaging in such practices.