Publish List Of Projects GHc2.75bn Was Saved From – GII Boss 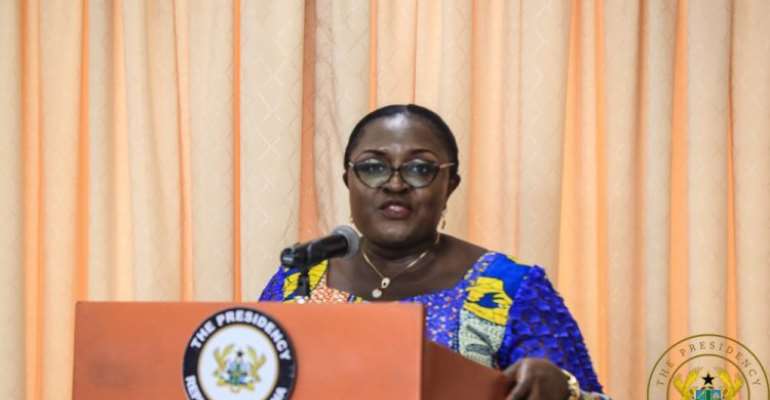 The Executive Director of Ghana Integrity Initiative (GII), Linda Ofori Kwafo, is asking government to publish the purported list of sole-sourced projects the president claimed to have made a savings of GHc2.75 billion from.

This after a similar call by the main opposition party, the National Democratic Congress (NDC).

President Nana Akufo-Addo has also previously said his administration reduced sole sourcing by 37 percent within his first year in office.

But given the recent controversy surrounding the Public Procurement Authority (PPA) following an exposé by investigative journalist Manasse Azure, Mrs. Ofori Kwafo, who is also the Board Chair of the Office of the Special Prosecutor, said the government needed to provide proof of the savings.

“I think it’s only fair that if you are actually telling me the savings you have actually made from public procurement, bearing in mind the recent exposé that came up, we should be demanding for that particular information because, for me, I am not convinced.”

“If I look at what has happened; the making gains for Ghana and all those things that have been touted in recent times, I think it is not convincing until we see the real figures on paper.”

Though Mrs. Ofori Kwafo stressed that she did not believe the President was lying when he made those claims, she stressed that “it is actually good for us to know which institutions, which projects, which processes and how we accumulated that much for the nation.”

General Secretary for the NDC, Johnson Asiedu Nketia addressing the media on the back of President Akufo-Addo's speech said the alleged rot at the PPA compromised the President;s claims.

President Akufo-Addo in August had to suspend Chief Executive Officer of the PPA, Adjenim Boateng Adjei over allegations of corruption and conflict of interest.

“President Akufo-Addo claimed that he had saved the country about GHc2.75 billion through the rejection of sole-sourced contracts presented to the PPA. Didn't he know that the PPA boss was actually the source of the sole sourced contracts? We wish to submit this that, this claim is false and challenge the president to publish the full list of all the specific cases of savings.”