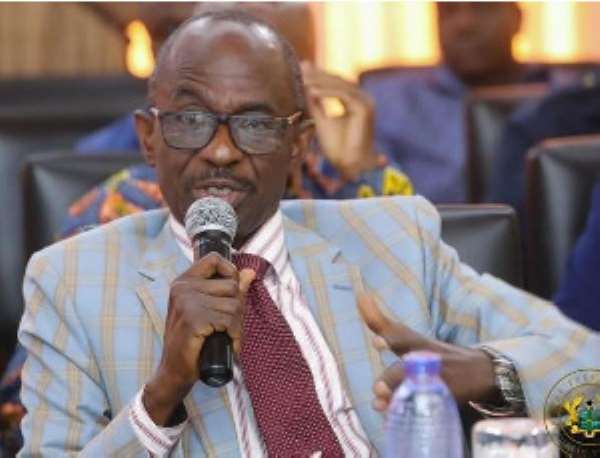 The opposition National Democratic Congress (NDC) is asking President Akufo-Addo to accept full responsibility for presiding over the massive corruption under his government.

Mr. Johnson Asiedu Nketia of the party at a press briefing in Accra, advise the President to first accept the recent corruption tag on him and then determine ways to remove the tagged hanged on the neck of his gov't.

He said empty rhetoric which the president is known for in the fight against corruption cannot solve the issue.

The General Secretary noted that the President’s “… failure to admit the existence of corruption is his government is a very clear indication that he does not event recognize the problem and cannot be counted upon to address it.”

The Akufo Addo led government in recent times has been hit with a number of corruption scandals to which many concerns have been raised to address the problem.