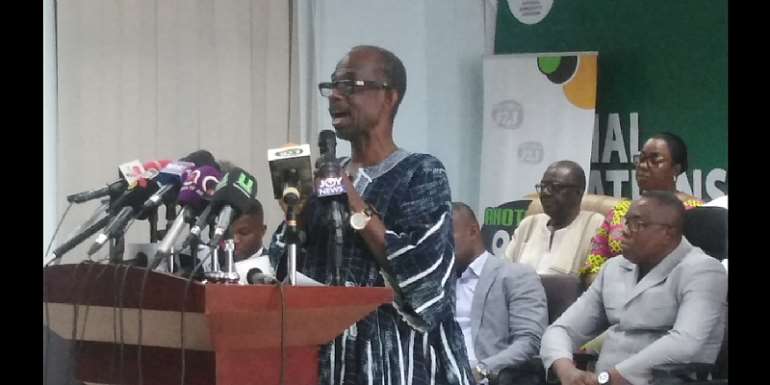 The National Democratic Congress (NDC) says it is disappointed in the utterances made by the President Akufo-Addo in his fight against corruption in the country at the recently held Bar Conference.

According to the General Secretary of the party, Johnson Asiedu Nketia, President Akufo-Addo should have used the opportunity to reaffirm his government’s credible efforts at weeding out the destructive canker.

Addressing the media in Accra, Mr. Asiedu Nketia said “President Akufo-Addo has missed yet another opportunity to demonstrate that he should be trusted when it comes to fight against corruption.”

“Ghanaians are unified in the belief that our country has been overrun by corruption with the President sitting at the apex of a cabal perpetrating this. The Clergy, Media, Civil Society and other interest groups including conscientious elders of the NPP have all been unanimous in their condemnation of the level of corruption under President Akufo-Addo,” he added.

Mr. Asiedu Nketiah mentioned that since the Presidency has failed in admitting the existence of corruption in its governance, an indication that he does not even recognize the problem and cannot be counted upon to address it.

The NDC is calling on the President to jolt himself back into reality and face the truth, as many Ghanaians have lost faith in the ruling New Patriotic Party (NPP).