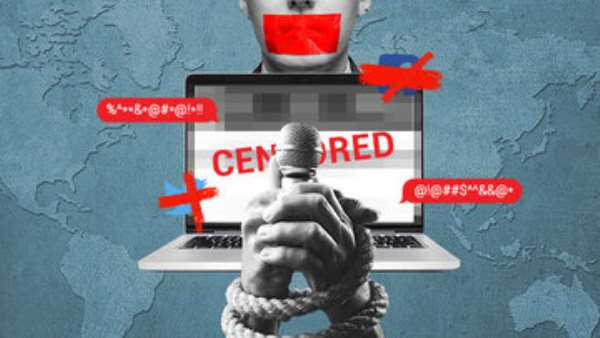 The National Union of Somali Journalists (NUSOJ) is deeply concerned by the harassment of the journalists and the censorship of the local media coverage in Somaliland.

After meeting with directors of media houses, Somaliland’s Ministry of Information has released a statement on Monday, September 9 in which it ordered all independent TV stations to prioritize local (Somaliland) news over what unfolds in the other parts of Somalia.

The draconian order will take effect within two weeks, starting from September 9.

“We are deeply concerned by the actions of Somaliland authorities to censor and interfere with editorial independence, which is fundamentally important for the independent media. This is an act of gross violations against free press and freedom of expression,” said Omar Faruk Osman, NUSOJ Secretary-General. “The right of the editors and journalists to prevent interference of management or third parties such as Somaliland authorities on the editorial content is non-negotiable”.

“It is the journalists’ responsibility to the public to report the news independently and fairly, without following the dictates from authorities. Deprived of editorial freedom, the independent media houses lose credibility and the confidence of the public they serve.”

In addition to this disturbing decision against editors and reporters simply doing their jobs, there have been several incidents in which Somaliland security forces arrested journalist and shut down Horyaal24 TV and forcefully occupy its offices.

The continued closure of the TV station, imprisonment of its director and presence of police in their offices in Hargeisa is part of the censorship and an attempt to intimidate other media from being critical of the Somaliland authorities.

The shutdown came after the Television aired series of an “awareness” program about the growing use of Khat— among women in Somaliland last week which Somaliland authorities described as shameful to the women's dignity.

“Somaliland should withdraw blatant censorship and pull-out its forces from Horyaal24 TV offices immediately. The station and its journalists are exercising their journalistic duty and the authorities must not target them because of their media work,” added Osman.

Last Tuesday, on 03 September 2019, Somaliland ordered the Internet providers to block access to a leading an independent news website, “Hadhwanaag.ca” which is currently inaccessible in Somaliland.

This followed a request from the police after the news site published an article which alleges misuse of public money by the Governor of the Central Bank of Somaliland, Ali Ibrahim Jama (Baghdadi) that led to the order of the blockage.

NUSOJ calls for a swift end to the wanton censorship and the intimidation of the media workers and reminds Somaliland authorities that it is the rights of the journalists to report about issues of public interest, including to investigating wrongdoings of public officials without fear of reprisal.

Finally, NUSOJ urges Somaliland Government to allow the TV to resume operation, free its director and ensure that independent media outlets are not harassed, and permit journalists to practice their profession without any fear.