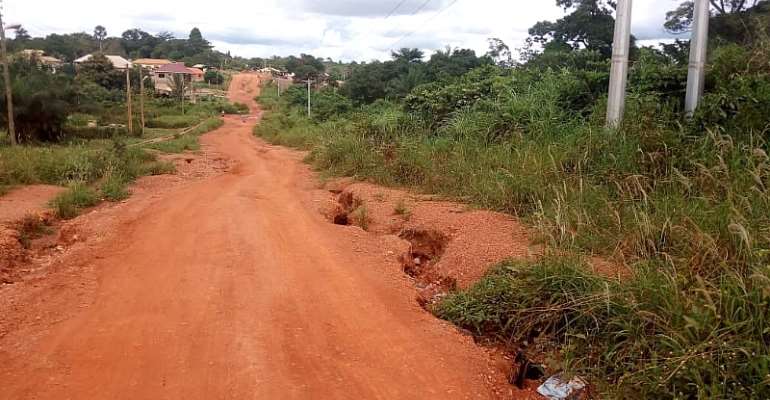 Some Assembly Members in the Jaman South Municipality have appealed to the government to as a matter of urgency fix their roads if the government would need persons in the municipality's votes come 2020 elections.

The assembly members indicated that Jaman South is a major producer of Agricultural produce in Ghana and the neighbouring Ivory Coast and so the municipality should not be neglected in the transformation of their road networks.

The Assembly members said all roads under contract in the area have been stalled and contractors not on site.

which has engaged a lot of youths in the area but making their labour go in vain as a result of the bad roads.

Jaman South was part of the districts elevated to a municipal status in 2017. The Jaman South District as it were, was the remainder of the former Jaman District after the Jaman North District had been split off on November 12, 2003.

Speaking to Jaman Radio Morning Show Host Alhassan Bin Jibril Spelele on Jaman Anopa Bosuo today ,the assembly members said past governments have used always used the bad road networks as a conduit to getting their votes but at the end neglect them.

The Assembly Members have threatened not to vote should their roads remain same till 2020 elections.