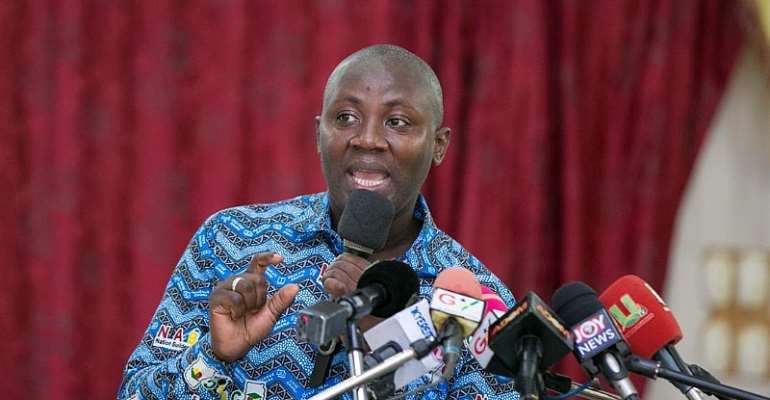 The programme took off with some 100,000 unemployed graduates to prepare them for future employment through work and learn arrangement. Nearly a year on, most of the trainees appear satisfied with the scheme as they continually enhance their work readiness skills through on-the-job training as well as other exposures to projects and continuing professional development opportunities. The NABCO scheme has as its ultimate goal value addition to delivering employability.

'The history of Ghana under the Fourth Republic has been marked by severe struggles with the growing unemployment issue among graduates. There is no doubt, however, that the most direct and creditably worthy intervention is the one occasioned by the visionary leadership of President Akufo-Addo to tackle the problem.'

The CEO of NABCO cited the huge investment going into the scheme. A monthly stipend of 700 Ghana cedis paid to trainees, along with the training and administrative costs lead to a monthly budget of over 70 million Ghana cedis (the equivalent of 12 million US dollars).

In accounting for the value gained from this investment in the youth of the country, Dr Anyars Ibrahim stated that critical sectors such as education, health, agriculture, local government, revenue mobilisation, and digitisation efforts are all benefitting from the NABCO talent pool. He singled out the plan to utilise over 12,750 NABCO trainees to deliver the National Digital Property Addressing System (NDPAS).

A revolutionary project which will digitise all parcels of land to result in the tagging of properties with plates: bearing the House number, Street name, Digital address, all summarised in the Quick Response (QR) Code.

The Town Hall exercise which is an initiative of the Ministry of Information was on the theme ‘Accounting for Financial Sector Resolution, Jobs and Agriculture.’

The Meeting featured presentations from various sector Ministries such as Food and Agriculture, Finance, Employment and Labour Relations and Regional Re-Organisation and Development, Deputy Information Minister. Other state agencies that featured at the meeting included the National Food and Buffer Stock Company, Nation Builders Corps (NABCO) and the Bank of Ghana.

Metropolitan Municipal and District Chief Executives (MMDCEs) in the Bono East Region also made evidence-based presentations on key developmental projects within their various MMDAs. A photo exhibition of the several flagship projects embarked upon by government was mounted at the venue.